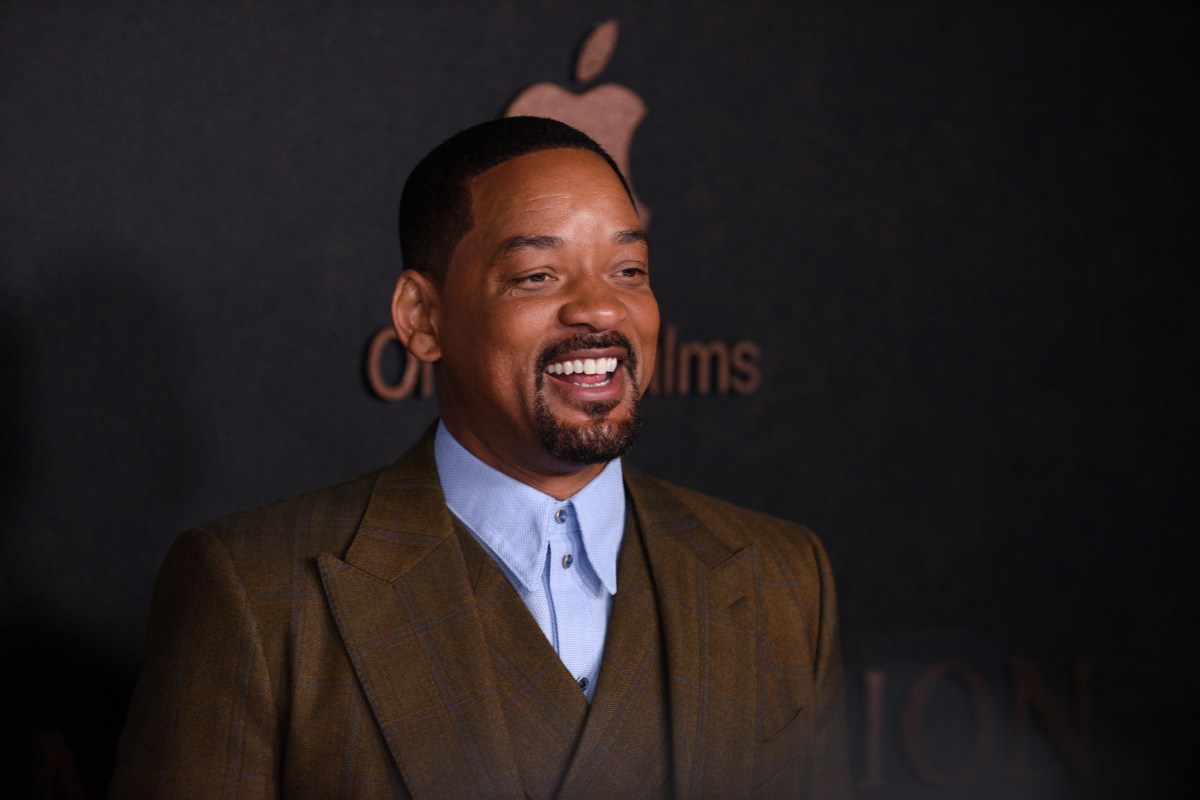 2022 has been quite a year for entertainment and beyond. It gave us the Johnny Depp trials, Twittergate, and another year of a worldwide pandemic. As a result, there are certainly a lot of things competing for the public’s attention, especially in the wild world of entertainment. So we couldn’t help but wonder, what was really on people’s minds? We dove into the top trending searches, as defined by Google as “searches that had a high spike in traffic over a sustained period in 2022 as compared to 2021.” Here are the top trending entertainment searches for 2022 according to Google.

The Johnny Depp vs. Amber Heard trials were shocking, to say the least, so it’s no real surprise that Depp would make the top of the trending charts. The trial had it all: celebrity drama, intrigue, betrayal, and odd bedtime habits that made every day of the Depp trial more jaw-dropping than the one before. Day after day, fans and otherwise, all logged on and searched to get the latest status updates of the ongoing trial. The trial rocketed Depp to the most Googled person of 2022. That’s quite an accomplishment.

His ex-wife Amber Heard also made the list, but Depp was the reigning champ. Following his lawsuit win, he was also back in action on the silver screen, being cast as King Louis XV in an upcoming movie directed by French director Maiwenn.

Most of us know the story, but for those who were maybe under a rock for most of 2022, here are the details. Chris Rock made a joke at the Oscars about Smith’s wife Jada Pinkett Smith and her lack of hair. Will Smith calmly got up, approached the stage, walked up to the podium, and slapped Chris Rock right in the face. It was the slap heard ’round the world as news outlets all over picked up the story and ran it. Celebrity-on-celebrity violence during an awards show is certainly big news.

Check out the shocking moment in this video snagged by The Guardian.

Eventually, Will Smith apologized to Chris Rock but the damage was done and the story was out. The little slap heard ’round the world landed Smith at the top of the trending Google searches for 2022.

During these trying times, many people are looking for a distraction, any distraction. Enter stage left: Wordle. The word-guessing game allows a player six attempts at guessing a given word. It is a little like Wheel of Fortune but without the wheel.

The interesting name of the game actually comes from the creator Josh Wardle, who combined his last name with the word “word” and created a game that became the most-searched word of 2022. The simple game has taken the internet by storm and allows players to play with or against friends and family.

It is one of the most downloaded apps of 2022 as well, and anyone who has ever played the simple yet addictive game can understand why. It’s no wonder this word guessing game has made the top of the Google trending search charts.

Movies look a little different these days and computer-animated movies are more popular than ever. In fact, the most Google-searched trending movie of 2022 was none other than Disney’s Encanto. The animated film follows the magical Madrigal family who lives hidden away in a town in the mountains of Colombia. Each member of the family has a special gift except for young Mirabel, but when the village is threatened it turns out she is her family and her town’s only hope.

It’s a very heartwarming film and apparently, a very popular one as it was the top trending Google searched movie of 2022. The movie also brought the world the top Google search trending song of 2022, a little diddy known as “We Don’t Talk About Bruno.”

“We Don’t Talk About Bruno”

“We Don’t Talk About Bruno“ is the hit song introduced to the world by the movie Encanto. Not only did it steal the show in the movie, but it also stole a place at the top of the trending Google charts and on the Billboard charts. The song hit number 1 on the Billboard Hot 100 putting it even ahead of Disney Frozen’s “Let It Go.” It also has broken records for being the longest-reigning Disney chart-topper.

The song was written by Lin-Manuel Miranda and is hailed as one of Disney’s greatest successes. The song tells the story of young Mirabel’s estranged Uncle Bruno whose gift of seeing the future left him exiled and alienated. The song is a huge hit in the U.S. but it doesn’t stop there, also reigning at the top of the U.K. charts and beyond. No wonder it made Google’s top trending searches list!

Kate Bush – “Running Up That Hill”

An oldie but a goodie. Kate Bush’s 80’s hit “Running Up That Hill“ made an amazing comeback in 2022 after being featured in none other than one of the top shows of 2022, Stranger Things.

The song was featured in the episode “Dear Billy,” one of the most emotional of the season, garnering the song a lot of attention and recognition. In fact, following the release of the episode, the song, originally created in 1985, hit the top of the Spotify charts as one of the top 10 most played songs. For three weeks straight no less!

The song was featured in Rolling Stones’ Greatest Hits of All Time list and has scored the artist an additional cool $2.37 million in royalties following its appearance in Stranger Things. Due to all this re-found fame, the song also made the top trending Google searches of 2022. Pretty impressive for a song written almost four decades ago!

Adam Levine hit the top of the charts this year, not for his music, but for being at the center of a story that contained the big three: sex, celebrity, and scandal.

Adam Levine basically started an entire #MeToo movement when model Sumner Stroh came forward claiming she had been pursued by Adam Levine and eventually was manipulated into having a year-long affair with him. Not only that, but she claimed it was during the time Levine’s wife former Victoria’s Secret model Behati Prinsloo was pregnant with their third child. Sumner even reported that Levine claimed he wanted to name his baby “Sumner.” While all of this was shocking enough, it turns out Sumner wasn’t alone.

Following her coming forward, multiple other women also spoke out claiming they too had been approached inappropriately by Levine, and not only that, they had proof. Dozens of text and Instagram messages were released all highlighting Levine’s messages and intentions toward the women.

Levine denied the allegations of the affair but did admit a mistake in “being flirtatious” with anyone other than his at the time pregnant wife. The scandal caused quite the stir in the shadow of the #MeToo movement and Levine faced harsh scrutiny for the messages. It was such a big deal in fact, that it rocketed him to the top of the trending Google searches for musicians in 2022, even if it wasn’t actually in relation to his music.

Mary J. Blige began her music career in 1992 with her debut album What’s The 411?, and while her life and career have had their ups and downs, through it all Blige has always said that she “stayed true to the music.” She has released 14 studio albums with 83 singles, many of which topped the Billboard charts over the three decades of her career.

While she has always been a fan favorite, with a loyal following her personal struggle with addiction caused her career to experience some ups and downs. Yet, her recent appearance at the 2022 Super Bowl Halftime Show with fellow mega music celebrities such as Snoop Dogg, Dr. Dre, Eminem, and 50 Cent, reminded viewers exactly why she is known as the Queen of R&B. Not only did the halftime show rocket her back to the forefront of music, it made her one of the top trending Google searched musicians for all of 2022.

Euphoria is the controversial HBO series that definitely goes there. It follows a group of high school students who deal with everything from trauma, to sex, social media, drugs, and everything in between.

17-year-old Rue, played by well-known actress Zendaya, is the main character of the show as she struggles to adjust to high school life post-rehab. The show features several jaw-dropping scenes that take a close and real look at addiction, suicide, and much more.

The show has been nominated for everything from the Primetime Emmy Awards to the MTV Movie & TV AWARDS. The show also won a spot as one of the top Google trending searches for TV shows of 2022 and with all the hype around it, we can see why.

Stranger Things is back and stranger than ever with its fourth season gaining even more attention as it wraps up the show’s storyline. The show follows the disappearance of a local boy, Will Byers, played by Noah Schnapp. During his friends and family’s tireless search to find him, they uncover some of the town’s strange secrets. They discover a young girl, known only as Eleven and played by Millie Bobby Brown, who possesses supernatural abilities and is at the crux of the town’s twisted experiments. The girl is befriended by the small group and the rest as they say, is history.

The show is also responsible for relaunching the ’80s hit Kate Bush’s “Running Up That Hill” putting it at the top of the Google trending search charts for song. The show itself found its own place for trending TV show Google searches.

It’s no great surprise the show found its way to the charts; since its debut with Season one in 2016, it has consistently garnered a lot of attention. It has been nominated for and won multiple awards including Teen Choice Awards, and SAG awards for Outstanding Performance. Season four even snagged a spot as Netflix’s most streamed English language show, with a record-breaking 286.7 million hours streamed during its debut weekend.

So there we have it, all the music movies, and people that made up the most searched entertainment of 2022. From scandals to skyrocketing shows and careers, the trending Google searches of 2022 roundup had it all, and with 2023 right around the corner, we can’t wait to see what’s trending next.