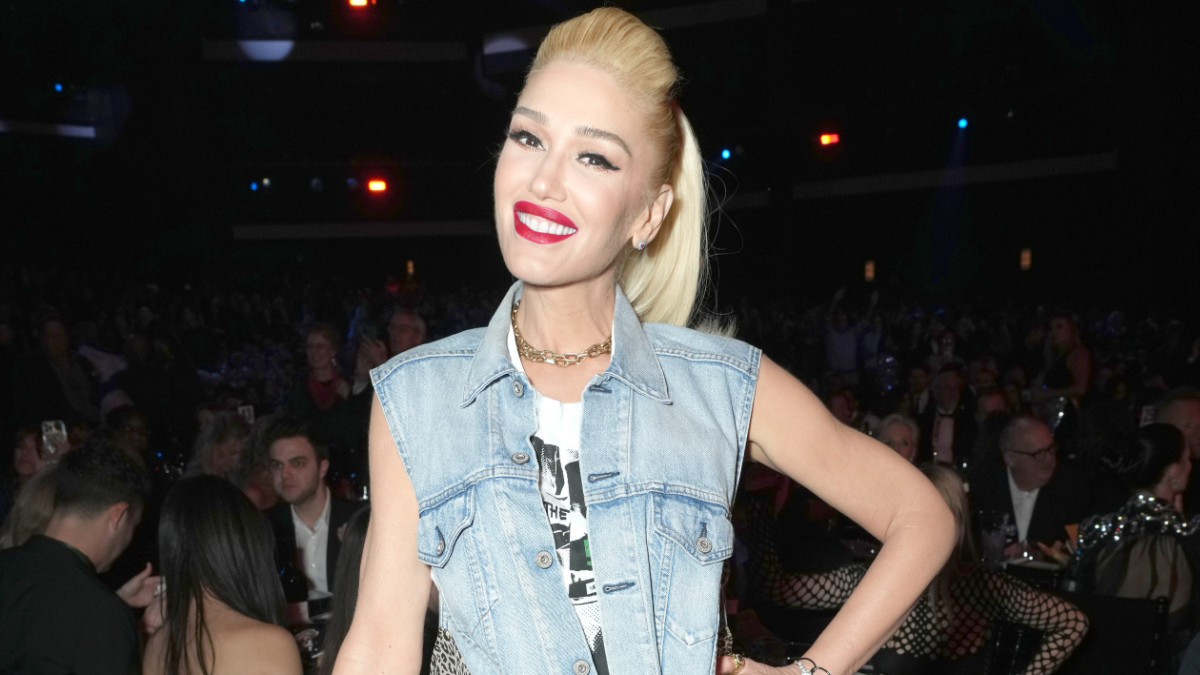 Gwen Stefani gave a real humdinger when grilled about her use of cultural appropriation this week, which is something she continues to defend to this day — even after decades of raised eyebrows from the various cultures she has exploited over the course of her 30-plus year music career.

As she now claims, Stefani’s whole Harajuku era in the mid-aughts was really no biggie, because as she has since learned, she is actually Japanese, despite also being Italian-American and Irish decent. We know. We’re as shocked as anyone.

The 53-year-old made the remarks to Allure while being interviewed about her vegan GXVE Beauty line, apparently not expecting nor being prepared for the apparent curveball. Stefani has previously spoken about how her father traveled to Japan a lot while she was growing up, and how the culture had influenced her style.

However, when asked by the interviewer, who happens to be first-generation Filipina-American, whether she had learned anything from her Harajuku Lovers clothing line in particular, her answer was gobsmacking, to say the least.

“‘That was my Japanese influence and that was a culture that was so rich with tradition, yet so futuristic [with] so much attention to art and detail and discipline and it was fascinating to me,’ she said … Then, as an adult, she was able to travel to Harajuku to see them herself. ‘I said, ‘My God, I’m Japanese and I didn’t know it.’’As those words seemed to hang in the air between us, she continued, ‘I am, you know.’ She then explained that there is ‘innocence’ to her relationship with Japanese culture, referring to herself as a ‘super fan.’

‘If [people are] going to criticize me for being a fan of something beautiful and sharing that, then I just think that doesn’t feel right,’ she told me. ‘I think it was a beautiful time of creativity… a time of the ping-pong match between Harajuku culture and American culture.’ She elaborated further: ‘[It] should be okay to be inspired by other cultures because if we’re not allowed then that’s dividing people, right?’”

Stefani’s remarks on appropriation and “sharing” culture and tradition are nothing new. “I get a little defensive when people [call it culture appropriation], because if we didn’t allow each other to share our cultures, what would we be?” she previously said in a 2019 Billboard retrospective of her 2004 album Love. Angel. Music. Baby. “You take pride in your culture and have traditions, and then you share them for new things to be created.”

And she continues to be steadfast about borrowing from other cultures. Just last summer, she as featured in the music video for the Sean Paul single “Light My Fire” wearing her hair in dreadlocks, as the only white woman appearing in the video.

One can only imagine what she would have to say about that. But as the interviewer notes, over the course of their conversation, Stefani insisted multiple times that, actually, she is Japanese.

“I spent 32 minutes in conversation with Stefani, many of them devoted to her lengthy answer to my question about Harajuku Lovers. In that time, she said more than once that she is Japanese. Allure’s social media associate (who is Asian and Latina) was also present for the interview and we were left questioning what we had heard. Maybe she misspoke? Again and again? During our interview, Stefani asserted twice that she was Japanese and once that she was ‘a little bit of an Orange County girl, a little bit of a Japanese girl, a little bit of an English girl.’ Surely, she didn’t mean it literally or she didn’t know what she was saying?”

Perhaps sensing the inevitable backlash, a representative for Stefani reached out to Allure the very next day, indicating that the interviewer had misunderstood what she was trying to convey — however, declined to provide any kind of statement or participate in a follow-up interview.

It was also pointed out in the piece that, as a white woman, Stefani seems to enjoy all of the perks of Asian culture without having to face discrimination. Nor, amid a spike in Asian-targeted hate crimes, has she ever publicly expressed outrage or made any statements in support of the Asian community. But she had her chance and now, for better or worse, her comments are out in the world.