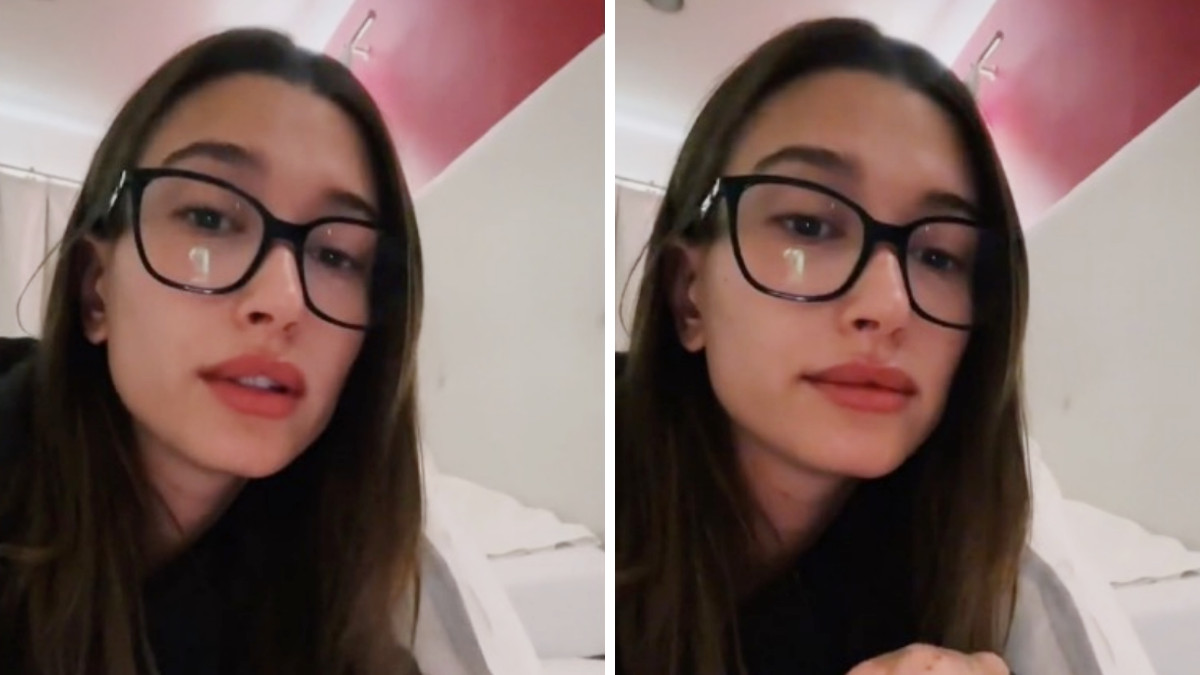 Hailey Bieber, the 25-year-old model and wife of Justin Bieber, clapped back at online haters and trolls this week who allegedly flood the comments of her social media posts with negative remarks.

“This is for you guys in my comments every single time I post,” Bieber wrote on a TikTok post on Wednesday.

“Leave me alone. At this point, I’m minding my business,” she says in the short candid video clip. “I don’t do anything, I don’t say anything. Leave me alone, please. Enough time has gone by where it’s valid to leave me alone. I beg of you, truly. That’s my only request. Leave me alone. Be miserable somewhere else. Please.”

People quickly jumped to the model’s other posts to learn to glean which comments, specifically, she was referring to — but the running theory is that Bieber was referring to rabid Selena Gomez fans.

As most are aware, Justin and Selena were involved in a tumultuous, on-again, off-again relationship from 2010 to 2018. At one point, Justin and Hailey even dated briefly from December 2015 to January 2016 before he and Gomez called it quits in Match of 2018, and the now-married couple rekindled their relationship a few months later.

Last year, Bieber opened up about mental health and social media during a conversation with psychiatrist Dr. Jess Clemon on her YouTube channel, where she addressed the cyberbullying she experiences simply for being the wife of a famous pop star.

“I think, over the last two and a half years, for myself, after getting married, especially, it really opened me up to this new level of attention — I think one of the biggest things I struggled with, for sure, was the comparison aspect of body comparison and looks comparison and behavior comparison,” she said, not naming Gomez specifically.

“When you’re going through a situation where you just have so many people hounding you with the same thing over and over and over again, it starts to mess with your mind, and then you start to question everything,” Bieber said at the time. “And you’re like: ‘Is there something that I’m not seeing that they see, and maybe they’re right?'”

To cope, Beiber says she set parameters of when she uses Instagram and quit Twitter altogether. “The thought of even opening to the app gives me such bad anxiety that I feel like I’m gonna throw up,” she lamented.

To be fair, that’s how a lot of people feel before they open Twitter, but we get it. With the Biebers coming up on four years of marriage later this year, maybe it’s time for Selena Gomez fans to give it a rest already.