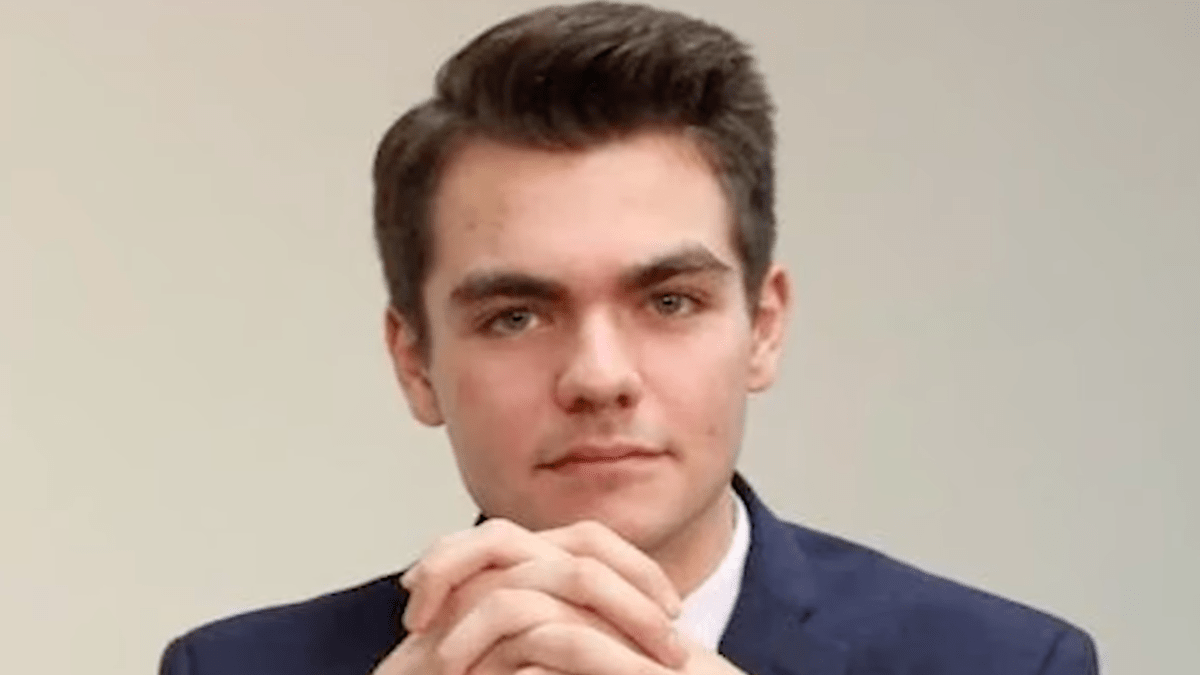 Nick Fuentes, a well-known white supremacist, Holocaust denier, and Kanye “Ye” West associate is back on Twitter after being permanently banned back in 2021.

You may remember some headlines a few months ago when Fuentes and Ye met with Donald Trump at Mar a Lago, around the same time that Ye was praising Hitler. Or maybe when they went on the controversial Alex Jones show Infowars and said more Nazi-loving stuff.

Regardless, he’s back, and he announced himself in a not-at-all-annoying way, with a Spongebob Patrick reference.

His next tweet was a “Ye 24” announcement graphic that showed a “defcon” countdown, which is probably a reference to the time Ye said something similar in reference to Jews and lost, well, a lot of money.

In case anyone’s wondering if this is really this guy’s opinion, he’s not afraid to praise Hitler himself. There’s not really much gray area here.

Fuentes rose to prominence as a figure in the far-right movement after professing his undying love for Trump and attending the 2017 Charlottesville Unite The Right Rally. He also founded the white nationalist CPAC alternative “America First Political Action Conference,” which was attended by Representatives Marjorie Taylor Greene and Paul Gosar.

At the conference, Fuentes introduced Greene and urged the crowd to give “a round of applause for Russia,” in case you’re wondering what we’re dealing with here.

Unfortunately, Fuentes is just the latest in a string of white nationalist and neo-Nazi figures welcomed back on Twitter following Musk’s takeover. This doesn’t look like it’s going to end anytime soon, so buckle up everybody.