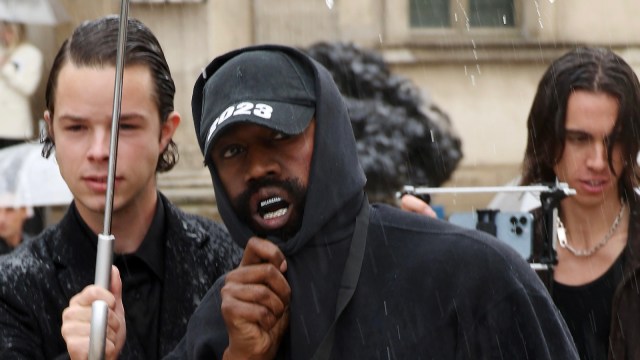 Kaye West‘s billions seem to be in bigger danger than ever before as the troubled rapper loses his counsel, representation, and documentary distribution in a stunning one-day trifecta of consequence in the wake of his increasingly bizarre behavior and ever more anti-semitic comments.

West aka Ye was dropped today by CAA, the talent and management agency that has represented Ye’s tours since 2016. Ye has not toured once in the seven years since he has been with the company but it appears that the decision to drop the now notorious musician is based upon the spate of antisemitic statements Ye has made over the last month, including a Twitter post in wish he expressed his wish to go  “death con 3” on Jewish people.

West was also kicked to the curb by his former lawyer, Camille Vasquez, who rose into the public spotlight this year following her stint as Johnny Depp’s lawyer in the highly controversial Depp/Heard defamation case. West hired Vasquez to handle his business interests but according to TMZ Vasquez and her firm are no longer working with the musician after he refused to retract his anti-semitic stances.

Lastly, Film and television studio MRC today announced that it would be permanently shelving its completed Ye documentary in light of West’s statements. CEOs Modi Wiczyk and Asif Satchu, and COO Scott Tenley, wrote in a statement that West propagated “the lie that Jews are evil and conspire to control the world for their own gain” and suffered from the “pernicious, terrible use of false logic.”

The three companies are only the latest to join in the exodus away from West’s once seemingly unassailable fashion and music empire. Last week, fashion house Balenciaga also announced that it was severing its long-held ties to West. Endeavor CEO and Hollywood superagent Ari Emanuel urged all who continue to do business with West to reconsider their relationship in a recent Financial Times op-ed. “Those who continue to do business with West are giving his misguided hate an audience. There should be no tolerance anywhere for West’s anti-Semitism,” Emanuel wrote. “This is a moment in history where the stakes are high and being open about our values, and living them, is essential. Silence and inaction are not an option.”