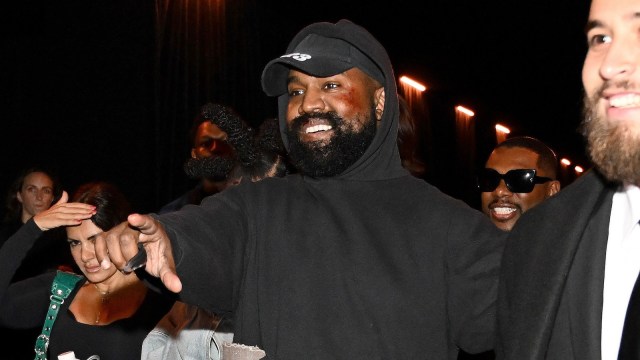 French luxury fashion house Balenciaga is cutting all with erratic rapper Kanye West aka Ye following a string of highly controversial and antisemitic statements made by the artist. Kering, the house’s parent company, confirmed on Friday that they would no longer be working with Ye in the future and have cut ties with him, although no official reason for the parting was stated.

“Balenciaga has no longer any relationship nor any plans for future projects related to this artist,” Kering said in a statement to Women’s Wear Daily.

Ye recently opened Balenciaga’s summer 2023 show, appearing in a mud pit set up as a runway and wearing a boxy and futuristic-looking field jacket that suggested a dystopian worldview. The rapper also sported a Balenciaga-branded mouthguard in his teeth. The company has removed all images of West from its website.

The split between West and Balenciaga is the latest in ever-dwindling lists of the artist’s formerly impressive endorsement deals. West’s decade-old relationship with sneaker giant Adidas is currently under review. Earlier this year West terminated his deal with Gap, Inc. over disagreements. And earlier this month J.P. Morgan decided to end its financial relationship with West’s Yeezy, LLC.

All these decisions follow on the heel of weeks of ever more outrageous behavior from the star, including his appearance during Paris Fashion Week in a controversial and race-baiting “White Lives Matter” shirt and a string of anti-semitic statements made in interviews with right-wing pundit Tucker Carlson and Piers Morgan, as well as West’s own Twitter account. West’s social media accounts on Instagram and Twitter have been restricted due to this pattern, a stricture West responded to by buying the right-wing conservative social networking service Parler.

Ye, who was diagnosed with bipolar disorder in 2016, has also burnt down multiple bridges in the fashion community over the past weeks, including relationships with fashion editors and former friends, as well as LVMH CEO Bernard Arnault who, according to Forbes, West has alleged, “KILLED MY BEST FRIEND” in a bizarre Instagram post made earlier this month.

As of publication, West has made no public statement regarding Balenciaga.