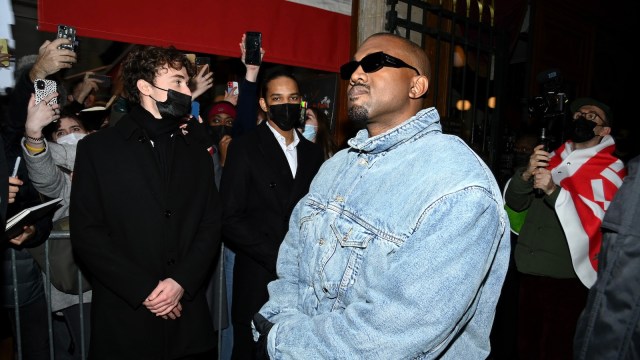 Ye, the rapper formerly known as Kanye West, has purchased the right-wing social networking service Parler, according to a statement made today by Parlement Technologies, the platform’s parent company. The purchase comes on the heels of Ye’s Twitter account being restricted following a series of bizarre and disjointed Tweets by the rapper, some of which read to many as antisemitic. Once acquired, the service would provide the increasingly erratic music star with an unfettered platform to air his opinion to anyone who cares to join the site.

Parler was founded in 2018 by John Matze Jr. and Jared Thomson — both graduates of the University of Denver computer science program — and right-wing political donor and Heritage Foundation member Rebekah Mercer. It bills itself as a free speech alternative to mainstream social media platforms such as Twitter, Facebook, and Instagram, all of which have restricted — or banned outright — users that have violated their terms of service, often via posts that are perceived to be inflammatory and inciting.

Parler was one of several social media services believed to have been used by insurrectionists to plan the January 6, 2021 storming of the capitol, according to the New York Times. Until 2020 it had less than one million users but it has risen in use since the last presidential election. According to Earthweb, the platform now has over 16 million registered users as opposed to Twitter’s roughly 230 million.

Parler’s user base consists of a significant amount of conspiracy theorists and far-right extremists, including members of The Proud Boys, The Oath Keepers, Three Percenters, and others, all of whom maintained a presence at the Jan. 6 storming of the Capitol. Many posts on the site include misinformation and conspiracy theories due at least in part to the companies standing policy of not fact-checking any posts on the site. According to Stanford University’s Freeman Spogli Institute for International Studies, the platform is an “echo chamber” for “unfounded conspiratorial allegations of deliberate theft and plotting”.

Conservatives say the site is a welcome change from what they perceive as the strictures of Twitter and other platforms. Matze stated in a 2020 interview with CNBC that the site is “a community town square, an open town square, with no censorship … If you can say it on the street of New York, you can say it on Parler.” However, the site has shown a marked intolerance for left-leaning speech. According to Newsweek, the site banned a number of accounts that were openly critical of the site and the ideologies of many of its users.

All of which may not have made the site a prize acquisition by Kanye West at the height of his prowess as an artist. But in recent years the rapper has taken an extreme turn into politics, endorsing right-wing opinions, and supporting then-president Trump in a now notorious Saturday Night Live appearance when he wore a bright red “Make America Great Again” cap. But it seemed that behavior was little more than a dress rehearsal for the full-fledged swing to extremes Ye has taken over the last few weeks.

After a string of ever more outrageous moments over the last month — including wearing a hoodie emblazoned with the alt-right slogan “White Lives Matter” to Paris fasion week followed up by a monumentally bizarre interview with uber-conservative talking head and professional s***stirrer Tucker Carlson — Ye found himself placed under restrictions by Twitter and Instagram following a Tweet that read in part, “I’m going death con 3 On JEWISH PEOPLE.”

Apparently, Ye will not be trammeled by Twitter’s expectation that users refrain from anti-semitic speech. According to his prepared statement, reported by AP News, “In a world where conservative opinions are considered to be controversial we have to make sure we have the right to freely express ourselves.”

“This deal will change the world, and change the way the world thinks about free speech,” Parlement Technologies CEO George Farmer expressed in another statement reported by AP News.

Truer words may never have been spoken.