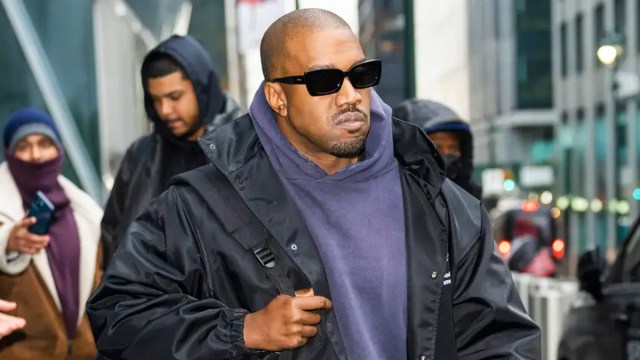 You heard it right. Kanye West has been placed in the spotlight again and this time the problem isn’t his failing relationship with Kim or his outburst on a daytime television show. Investment bank JP Morgan reportedly severed all ties with West following his string of erratic behavior.

The news was shared by the right-wing commentator Candace Owens who stated that the rapper had been “kicked out” by the bank and no official reason had been stated for this action. She shared a screenshot of the letter that she had purportedly received from the bank, which stated that it had decided to completely terminate its relationship with West, his apparel brand Yeezy Inc. LLC as well as other enterprises related to the rapper.

Earlier today I learned that @kanyewest was officially kicked out of JP Morgan Chase bank. I was told there was no official reason given, but they sent this letter as well to confirm that he has until late November to find another place for the Yeezy empire to bank. pic.twitter.com/FUskokb6fP

The letter also goes on to mention that West has until Nov. 21 to transfer all his financial transactions to another financial institution. In an interview with Page Six, West confirmed that the letter was indeed sent from JP Morgan. The letter said, “To avoid any transaction delays, we suggest that you stop processing Company transactions and/or using any products associated with the accounts five business days before the scheduled closure date set forth above”.

Even though the incident has ignited lots of speculation about what might have gone wrong, the reason was not too tough to guess as the rapper’s recent anti-Semitic remarks caused uproars and criticisms most probably propelling the bank to come to this drastic decision. Let’s delve into the details of the controversies and Kanye’s response to them.

Why was Kanye “kicked out” by JP Morgan bank?

Kanye West, also known as Ye is known to acquire immense publicity due to his involvement in outrageous situations. However, he took it a little too far this time in what can be regarded as a disastrous interview with Fox News host Tucker Carlson where he wore a T-Shirt that said ‘White Lives Matter.’ He went on to state that he found the outfit, which he wore to Paris Fashion Week “funny” and “obvious”.

The unaired footage from the interview showed the blatant anti-Semitic comments by Ye where he said that the Non-Profit organization Planned Parenthood — which was launched to provide reproductive healthcare — was actually formed to control the Jew population. He added, “When I say Jew, I mean the 12 lost tribes of Judah, the blood of Christ, who the people known as the race Black really are. This is who our people are. The blood of Christ. This, as a Christian, is my belief.”

This is not the only questionable comment made by West concerning the Jews. In one of his deleted tweets he wrote, “I’m a bit sleepy tonight but when I wake up I’m going death con 3  On JEWISH PEOPLE . The funny thing is I actually can’t be Anti Semitic because black people are actually Jew also .You guys have toyed with me and tried to black ball anyone whoever opposes your agenda.” This theory was deemed anti-Semitic and was immediately removed and his Twitter account deleted.

Simultaneously, West has been reportedly receiving assistance and encouragement from other right-wing figures like Candace Owens. TMZ reported that Owens has been acting as “the chief advisor in his day-to-day life” and defending him for his actions. On Wednesday, he made an appearance at Owens’ premier that was critical of the ‘Black Lives Matter’ movement, and he was also found to appear alongside Kid Rock, an infamous right-wing advocate as well as a vocal Trump supporter who has repeatedly displayed criticisms against the Biden administration.

Given his reputation as an embattled figure, West refused to maintain his reticence on the subject of being jilted by JP Morgan. The rapper — who already confessed to having troubled relations with the bank — broke his silence on the subject. Speaking to Page Six, he said, “Hey, if you call somebody out for bad business, that means you’re being anti-Semitic. I feel happy to have crossed the line of that idea so we can speak openly about things like getting canceled by a bank.” He went on to call himself “the richest black man in America who put $140 million in JP Morgan”. He immediately ended the interview by saying that he will speak at a different time.

Kanye’s tweets and comments were also not taken casually by some of the biggest names in the business. On Tuesday, Elon Musk stated that he has spoken to West about this issue and “expressed his concerns about the recent tweet”.

The most scathing criticisms came from Paul Stanley of KISS who said his mental illness should not be used as an excuse to “minimise the danger of hate speech, advocating antisemitism and violence against religions or ethnicities. We have found ways over centuries to rationalise this behavior and viewed the atrocities that followed. SPEAK UP!” Well, it seems like his recent remarks have been met with severe criticism and steadfast action this time.