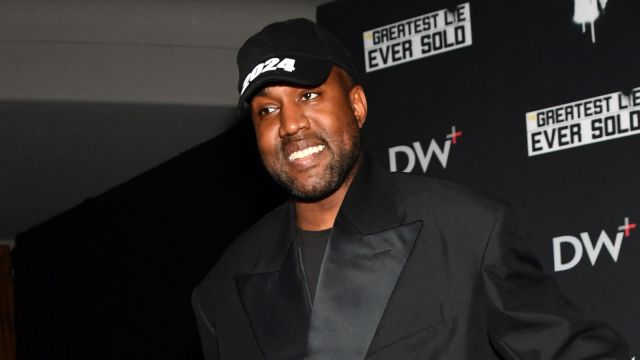 West made headlines with a bizarre and ominous Twitter threat to go “death con 3” on Jewish people in early Oct. 2022, with the real world now catching up on the insanity of the rapper. His comments were lambasted by fellow celebrities and Elon Musk, but have seen some support in the form of anti-Semitic hate groups.

The Goyim Defense League (a pastiche of the Jewish civil rights group the Anti-Defamation League) have plastered a motorway the 405 freeway in Los Angeles with banners reading “Kanye is right about the Jews”, alongside displaying Roman salutes (a.k.a. the “Hitler” salute) and references to Bible passages which speak ill of Jewish people and seemingly calling them liars.

The GDL is hardly subtle in its hate, with the group’s flag being a slight edit of the Nazi Party flag. Formed just four years prior by an alleged comedian Jon Minadeo this is their most high-profile and despicable public demonstration. The display of hate is clearly a result of West’s comments, something which the rapper still hasn’t completely disowned.

Any previous argument of West’s comments not having a real-world impact have been nullified, with the rapper now in a position in which he is very much responsible for hate towards a minority group. Ye has seen some consequences for his comments, with Balenciaga dropping the rapper from all campaigns.

West’s very public breakdown and lack of willingness to admit wrongdoing could be irreparable to his brand, with supporters now unlikely to want to group themselves with actual hate groups.