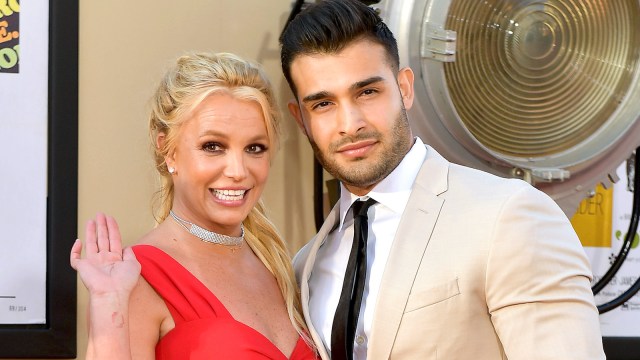 Britney Spears and Sam Asghari officially tied the knot this month, but that’s not the only contractional agreement they signed.

The couple, who met in 2016 on the set of Spears’ “Slumber Party” music video, dated for 5 years before getting engaged in September 2021. That was just two months before the termination of Spears’ 13-year conservatorship under her father. Leading up to their wedding day, rumors of a prenuptial agreement began to surface. Now, those rumors have been confirmed, according to TMZ.

The prenup comes as little surprise to those who’ve been following the famous couple. Shortly after the announcement of their engagement, Asghari posted an Instagram story saying that he would definitely get a prenup, but not for the reasons you might think.

“Thank you everyone who is concerned about the prenup! Of course we’re getting [an] iron clad prenup to protect my jeep and shoe collection in case she dumps me one day.”

The prenup was reportedly spearheaded and executed by the same lawyer, Mathew Rosengart, who helped terminate Spears’ conservatorship with her father. It’s not the first prenup Spears has signed either. Her three-year marriage to Kevin Federline came with an iron clad prenup of its own. The pair were together from 2004 to 2007 and share two children together, Sean Preston Federline and Jayden Federline, neither of whom were able to make it to their mom’s wedding ceremony with Asghari.

What is Britney Spears’ net worth?

Britney Spears has been making a name for herself – and earning money – since 1993 when she joined Disney’s The All New Mickey Mouse Club. She set the standard of pop in the early 2000s, solidifying herself as the Princess of Pop and establishing one of the most successful and lucrative singing careers of all time.

However, her net worth is surprisingly low compared to the monumental success she’s seen. According to Forbes, this is likely due to the court-ordered conservatorship she was under for 13 years, where she no longer maintained control of her finances. Documents reviewed by the magazine “revealed that her assets are mostly held in various brokerage accounts, real estate and cash.”

What is Sam Asghari’s net worth, and how does he make his money?

Slightly less known than his famous wife, Sam Asghari is a Iranian-American actor and model whose body of work has grown tremendously in the last several years. Since becoming romantically linked to Spears, Asghari has become as much of a household name as his now-wife, and while that means he’s fully capable of supporting himself financially, the truth is his net worth is nowhere near Spears’.

Several outlets have quoted The Sun for confirmation of Asghari’s net worth, saying it is around $1 million, however the article in question never specifies how much Asgahari is actually worth, and a quick Google search will give varying results from $1 million and $2 million. As it stands, Asghari’s net worth has not yet been confirmed.

As a model and actor, he likely sees a portion of his income from those lines of work. He’s appeared on shows such as NCIS, The Family Business, and Can You Keep a Secret?. He is set to appear in the new Mel Gibson movie Hot Seat as Sergeant Tobias, which will see a limited release in theaters on July 1, 2022.

In addition to acting and modeling, Asghari boasts an impressive 2.6 million followers on Instagram and often posts a variety of sponsored content, so it’s not unreasonable to assume the social media platform plays a part in his finances. One thing is for sure, though – with or without a prenup, Asghari’s career is likely to explode, and with it, his net worth.