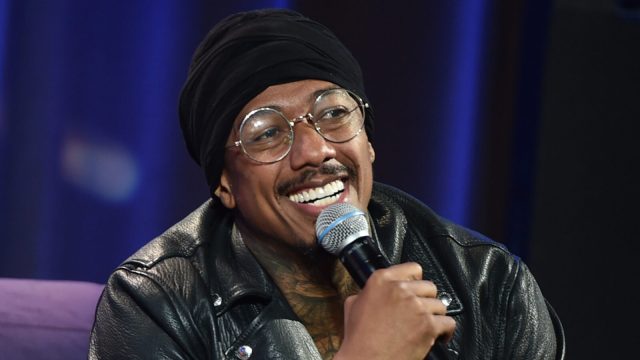 Nick Cannon is once again basking in fatherhood, and people are starting to get genuinely confused.

Didn’t we just do this? It feels like Cannon announces the impending arrival of a new bundle of joy on a monthly basis, and to some it’s starting to feel surreal. The 41-year-old television host’s focus on fatherhood became a hot-button topic between 2020 and 2021, after Cannon welcomed multiple children into the world via multiple women, and he’s hardly slowed down since.

These days, Cannon’s propensity toward paternity is an ongoing joke among many. He seems perfectly content to litter the planet with his progeny, and has done so in droves over the last decade or so. His latest addition to the family is sparking actual confusion, even among his followers, as people wonder exactly how many kids the former Nickelodeon star is on now. The Cannon family tree has long been a complex web of intersecting lines, but with his latest child’s birth, it just became even more baffling.

How many kids is Nick Cannon on now?

Nick Cannon recently became a father for the eleventh time. Baby number eleven was born in September 2022, around two months after Cannon and Bre Tiesi welcomed their bundle of joy into the world. Over the past few years alone, Cannon welcomed a full eight children into his ever-growing family. The sheer volume of fresh Cannon children is baffling to a number of his fans, who are — at this point — struggling just to keep up. Here’s a breakdown of each of the Cannon kids, and a simple timeline of when they arrived.

Cannon’s first two children are officially pre-teens. All the way back in 2011, the very first members of the Cannon brood were welcomed into the world by Cannon and his then-wife, Mariah Carey. The pair married a few years earlier, in April 2008, and by April 2011 were welcoming a set of fraternal twins named Moroccan and Monroe. Cannon swears that Moroccan, the male half of his first set of twins, is a “genius,” and noted more than a decade ago that he absolutely “loves being a father,” according to Us Weekly.

Cannon’s third bundle of joy came about more than five years after the birth of his first set of twins. He and model Brittany Bell welcomed Cannon’s third child, a boy named Golden, into the world in February 2017. The pair were never a couple in the way he and Carey were, but that didn’t stop them from reconvening several years later to conceive yet another child.

Cannon’s second set of twins were born around half a year later, in June 2021. This time, Cannon conceived with a DJ named Abby De La Rosa. He and De La Rosa were soon expecting two more additions to the Cannon family, and months later welcomed twin boys Zion and Zillon into the world. The twins were born in the same month as the seventh child to bear the Cannon name — also leaning on a “Z” name — who entered the world mere weeks later.

Cannon’s seventh child was conceived with model Alyssa Scott. She and Cannon greeted a young son of their own, named Zen, in the same month that De La Rosa and Cannon welcomed Zion and Zillon, but Cannon’s seventh child was fated for a tragically short life. Only five months after he was born, Cannon and Scott lost Zen to brain cancer. In the wake of the heartbreaking loss, Cannon announced his intent to remain celibate for awhile.

That celibacy didn’t last long. Mere months after Zen lost his battle with brain cancer, Cannon was announcing the impending arrival of his eighth child, this time with a different model — Bre Tiesi. He and Tiesi announced that they were expecting at a January baby shower, and several months later — in July 2022 — Tiesi gave birth to Cannon’s eighth child and sixth son. And, assuming reports are true, he won’t be the last.

That’s because Cannon is once again expecting. The ceaselessly fertile 41-year-old has reportedly placed yet another bun in De La Rosa’s oven, according to reporting from TMZ. De La Rosa recently announced that she was pregnant via her Instagram page, teasing that she may once again be expecting twins. She gave birth in September 2022, growing the Cannon family by one more.

Cannon and Bell once again came together to create their third child, born in September 2022, alongside several other Cannon children. Their third child joins Golden and Powerful Queen in their unique names, adding Rise Messiah to the Bell-Cannon brood. Cannon thanked Bell in his Instagram announcement, celebrating the birth of his tenth child.

Most people weren’t aware that Cannon was even expecting the young Onyx Ice Cole until she arrived, but in mid-September Cannon announced yet another addition to his rapidly-growing family. The 42-year-old became a father once again as the fall began, this time with model Lanisha Cole. He celebrated his latest child via an earnest post to Instagram, in which he also warned his detractors to keep their judgement far from the women who carry his children.