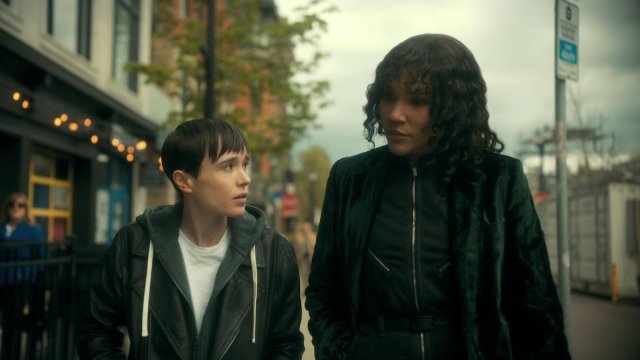 Netflix’s The Umbrella Academy made outright stars out of each of its main cast, including those that were previously unknowns.

Hardly anyone among the cast were completely unknown before Umbrella Academy shot them to stardom, but few boasted the name recognition of Elliot Page. These days, all of them are easily recognizable, and several have already branched off into exciting new projects.

One such member of the delightful cast is Emmy Raver-Lampman, who plays Allison, or Number Three. Her character underwent some major changes in season three, a process that really displayed Raver-Lampman’s talent. As new fans swarm to the 33-year-old actress, they have questions about everything from her previous work to her height. We’re here to answer those questions.

How tall is Emmy Raver-Lampman?

Each of her remaining siblings — including Justin H. Min’s Ben — stand at least a few inches taller than Raver-Lampman. Apart from the 5 foot 5 inch tall Gallagher, Raver-Lampman is closest in height to H. Min, who clocks in between 5’8” and 5’11”, depending on who you believe. Celeb Heights claims the former — which would make him the same height as Raver-Lampman — but H. Min himself contests this assertion. He claims to stand several inches taller, and we’re inclined to believe him. Even if he’s fudging the truth a bit.