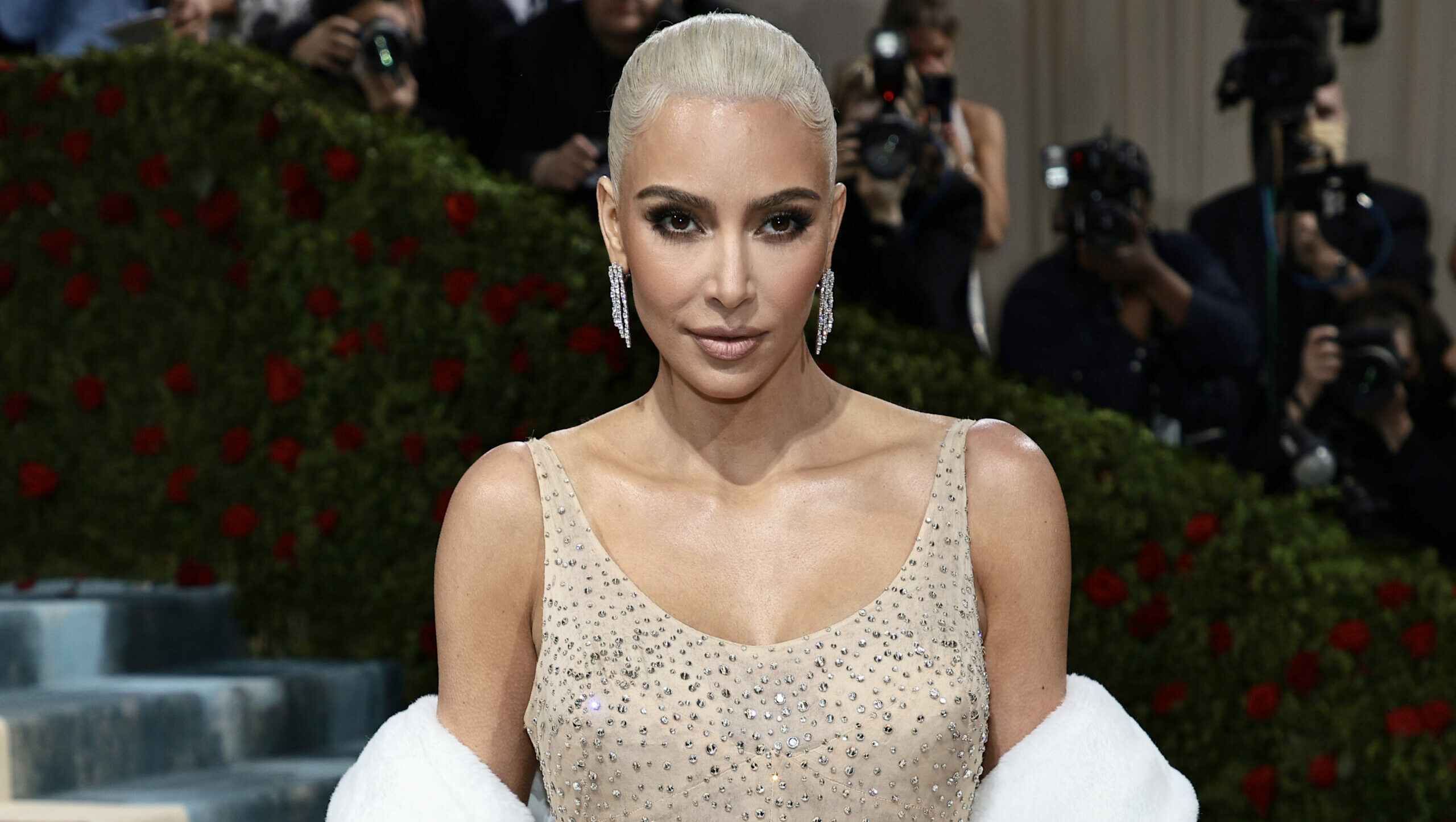 In a series of events that hint at an “I told you so” moment, Kim Kardashian appears to have damaged the infamous dress Marilyn Monroe wore to sing Happy Birthday to President John F. Kennedy after all.

With a specific temperature setting, level of humidity, and degree of light in the room with the dress at all times, it’s safe to say that preserving the iconic piece of history was a priority. When Kardashian requested to wear it, it was apparently a difficult decision for those possessing the gown. Still, they ultimately decided to honor her request if several conditions were met.

One of those was that Kardashian and her team could make no alterations. Kardashian underwent two fittings, losing several pounds to fit into the dress between them. She wore the dress for a few moments as she walked the red carpet to the Met Gala before changing into a replica, but now that the dress is back at Ripley’s in Hollywood, a new image shows some changes.

The Instagram account Marilyn Monroe Collection shared a photo of the iconic dress before and after Kardashian wore it to the Met Gala, and it’s evident that some things have changed — albeit inadvertently.

A press release from Ripley’s on May 2 shared that there was a high level of concern with Kardashian donning the gown.

“Great care was taken to preserve this piece of pop culture history. With input from garment conservationists, appraisers, and archivists, the garment’s condition was top priority. Believe It or Not! no alterations were to be made to the dress and Kim even changed into a replica after the red carpet!⁠”

While it’s safe to say that Kardashian didn’t intend to harm the dress in any way, several Monroe fans have wondered why she was given the ability to wear it in the first place. Part of the fame and history of the dress was that it was Monroe’s, worn on the special occasion. Another person wearing it alters the history of the dress.

A statement was made by a representative from Ripley’s to The Daily Beast on May 3 that shared more about the dress being borrowed.

“We basically had many conversations with Kim and her team and put a lot of requirements in place with security and with the handling of the dress. The dress was never with Kim alone. It was always with a Ripley’s representative. We always ensured that at any time we felt that the dress was in danger of ripping or we felt uncomfortable about anything, we always had the ability to be able to say we not were going to continue with this.”

Kardashian’s wearing of the dress continues to be a hot topic in the pop culture realm, and some of that conversation revolves around a lack of regard for the history of the dress at all. All things considered, it feels like a lesson was realized in the process — actions have consequences!