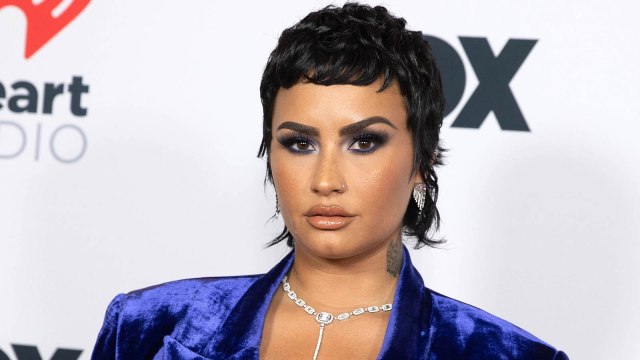 For as long as she’s been in the spotlight, Demi Lovato has opened up about her personal life to the world, and the soon-to-be 30 year-old is returning to her rock roots and revisiting a formative time in her life: turning 17.

The title of her newest song “29” is sparking controversy as keen ears have picked up on not-so-covert messages weaved throughout the lyrics. Namely, when Lovato, who now goes by both they/she pronouns, turned 17 years old and began dating then-29-year-old actor, Wilmer Valderrama.

Many have assumed this new track – which touts lyrics like “Far from innocent, what the fuck’s consent? Numbers told you not to, but that didn’t stop you” — directly refers to that point when she dated Valderrama. But how much of it is actually about that relationship and how much of it is just us reading into things?

Is Demi Lovato really singing about Wilmer Valderrama in ’29?’

You won’t get much out of Lovato these days. The singer has become more firm on how much of her personal life she’s willing to share with her fans. “I’ve reached a point where I’m tired of spoon-feeding myself to the media,” she says in a Los Angeles Times article. Here, she is talking about her sobriety journey, which has taken a positive turn since her near-fatal overdose in 2018 — one that resulted in multiple strokes, a heart attack, organ failure, and brain damage that caused legal blindness.

Those who have been following Lovato throughout her career can easily recall that scary point in time; people all around the world — fans and non-fans — waited with bated breath to see if the superstar would make it out alive. Miraculously, she is still with us today, and she is using this new lease on life to lean into more of the things that feel right to her. “I am owning my dark side,” she says. “And it doesn’t have to take me down.”

Lovato, who identifies as pansexual and nonbinary, is channeling that dark side of herself into her latest album “HOLY FVCK,” and trading her pop beats for more of a gritty rock sound. She was unwilling to clarify whether ’29’ is indeed about Valderrama. But she did say, “I didn’t understand it at the time. I was like, ‘I just like older guys.’ And now I’m like, ‘Hey, that’s not OK. That’s weird!’”

Before Lovato, Valderrama dated fellow actresses and singers, Mandy Moore and Lindsay Lohan, when he was 20 years old and 24 years old, respectively. Moore and Lohan at the time were only 15 and 17.

Valderrama, now 42, is currently married to Amanda Pacheco, 30, making the age difference between them 12 years. The likelihood that Lovato song ’29’ is indeed about him is accentuated by her lyrics, “I see you’re quite the collector. Yeah, you’re twelve years her elder. Maybe now it doesn’t matter. But I know f***ing better.”

From afar it may look like Lovato is throwing shade at Valderrama — and maybe she is, everyone is entitled to free speech — but if you ask her, ’29’ is merely “about the wisdom that comes with age.”