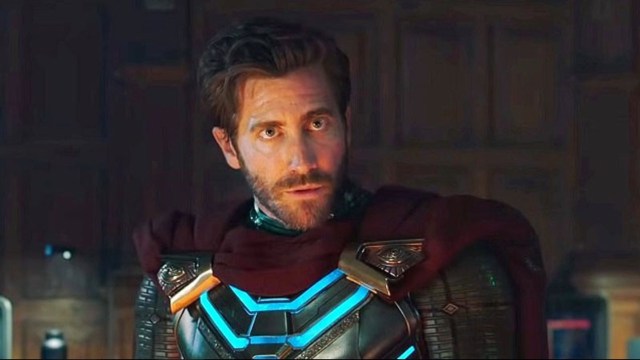 It’s actually a little hard to believe it’s been just over three years since the second installment of the MCU Spider-Man franchise was released, Spider-Man: Far From Home. In fact, it’s almost been a whole year since the third film came out! The second film saw the arrival of Jake Gyllenhaal as Mysterio, or rather the nefarious Quentin Beck. As he steps into his newest film, the Disney animation Strange World, Gyllenhaal, feels like Spider-Man: Far From Home is already a memory.

Whilst talking with the D23 Inside Disney podcast about his recent animation, Gyllenhaal was asked about his favorite/funny memory from making Spider-Man: Far From Home, and it seems like he just can’t pick one alone. The actor rather broadly answered, “my favorite memory of making the film was making the film, which definitely feels like a memory now.” With everything that has happened in the last three years, that film feels like an absolute lifetime ago.

The actor went on to talk about how he felt about the process of creating his character and what it was like to work for Marvel.

“I love the process, the whole way of making Marvel movies, particularly Spider-Man films. It’s a very collaborative process, I was allowed to really bring my own personality to the character, shape it and bring ideas, structural ideas.”

This is something Gyllenhaal believes is present in both Marvel and Disney films.

“The same way I did with Strange World, there’s a free creatively flowing process to these many of these movies. Particularly I think because the thing they share, and I think why Marvel and Disney have teamed up in that way, is because they share a very similar way of creating art, you know.

He goes on to add whether he is acting as a live-action character or as an animation, the process feels remarkably similar.

“That is the way animation starts. We started a year and a half ago on this and there were these drawing of these characters, and then what happens is we brought ourselves and then the animators start to see our movements and our facial expressions and they start to make the characters into us, almost strange to us, speaking of a ‘strange world’. And the same with Mysterio, it was a somewhat similar process.”

You can see Gyllenhaal in Spider-Man: Far From Home on Disney Plus and Hulu, and catch him in his upcoming animation Strange World which is in theatres as of today.