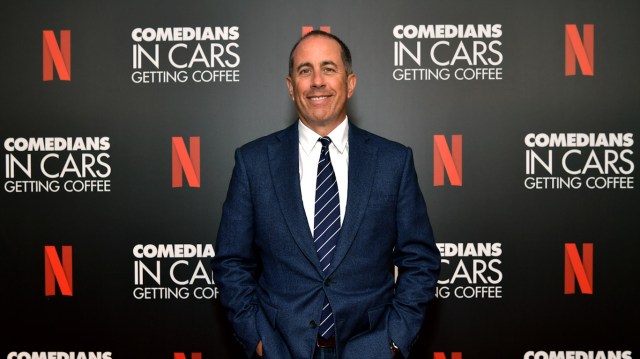 Superstar comedian Jerry Seinfeld is the latest notable personality to speak out about Dave Chappelle’s recent monologue on Saturday Night Live, for which h the comedian has been accused of normalizing antisemitism with his comments about Jewish people.

Chappelle started the show with a statement “I denounce antisemitism in all its forms and I stand with my friends in the Jewish community. And that, Kanye, is how you buy yourself some time.” He then referenced stereotypes that Jewish people run Hollywood.

“It’s not a crazy thing to think,” he said. “But it’s a crazy thing to say out loud.” When asked how he felt about Chappelle’s monologue, Seinfeld told The Hollywood Reporter that the whole situation needs to be talked about more.

“I did think the comedy was well-executed, but I think the subject matter calls for a conversation that I don’t think I’d want to have in this venue,” the comedian said.

Seinfeld’s not the only high-profile comedian to speak out about Chappelle’s appearance. Former Daily Show host Jon Stewart appeared on The Late Show and said that Chappelle’s comments are common and appear constantly in the comments sections of news articles and other media.

“I don’t know if you’ve been on comment sections on most news articles, but it’s pretty normal. It’s incredibly normal. But the one thing I will say is I don’t believe that censorship and penalties are the way to end antisemitism or to gain understanding. I don’t believe in that. And I think it’s the wrong way for us to approach it.”

Seinfeld has a new book coming out called The Comedians in Cars Getting Coffee Book, which is available on Nov. 22 from Simon & Schuster.