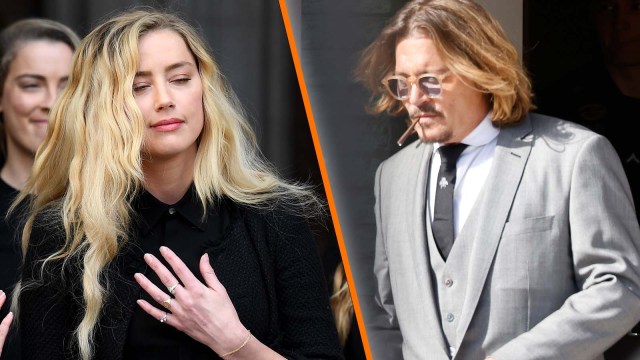 A judge has finalized the judgment of the dueling defamation lawsuits that unfolded in a highly publicized trial between celebrities and ex-spouses, Johnny Depp and Amber Heard, rather than the two parties reaching an alternative, agreed-upon settlement.

Though a jury reached a verdict earlier this month, finding that both parties defamed each other, Judge Penney Azcarate did not “enter the jury verdict into the docket” on June 1, according to Insider. Azcarate instead left open the possibility for Depp’s legal team and Heard’s legal team to meet in court one last time Friday to reach a settlement if they wanted to.

Even though both parties were technically awarded settlements in the jury’s ruling, Depp came out decidedly ahead overall. All three of his questions to the jury about whether Heard defamed him were awarded to him by the jury, while only one of Heard’s several questions to the jury was awarded to her. When all the red tape was cleared, Heard was mandated to pay Depp north of $10 million, while Depp was tasked with paying Heard $2 million. That created a net amount of roughly $8 million that Heard ultimately needed to pay Depp, according to the settlement.

According to the Insider article, it was “previously hinted” by Depp’s lawyer that they could reach a settlement “after Heard’s lawyer said she couldn’t pay $8 million.”

However, it now appears the judgment as stated by the jury will go through as originally mandated, according to Law and Crime Network correspondent Angenette Levy.

“In #JohnnyDepp v. #AmberHeard, judgement [sic] entered,” Levy wrote on Twitter about the activity in the Fairfax, Virginia courtroom.

Levy described Judge Azcarate as “no nonsense as usual.” She added that Amber Heard “will have to post the [judgment] plus 6 percent interest [per] year bond to appeal.”

In a follow-up Tweet, Levy clarified she mistakenly used the word “settlement” in a previous tweet. But the decision by the judge was to go align with the initial judgment, not land on an alternative settlement, she said.

After the six-week trial wrapped up, which surfaced much drama relating to the tumultuous relationship between Depp and Heard, the jury ultimately found Heard defamed Depp by making what they found to be false domestic abuse claims she made against him to the press. On the other hand, the jury also found that Heard was defamed by way of one of Depp’s lawyer’s falsely claiming she had staged a hoax for the press at one point.