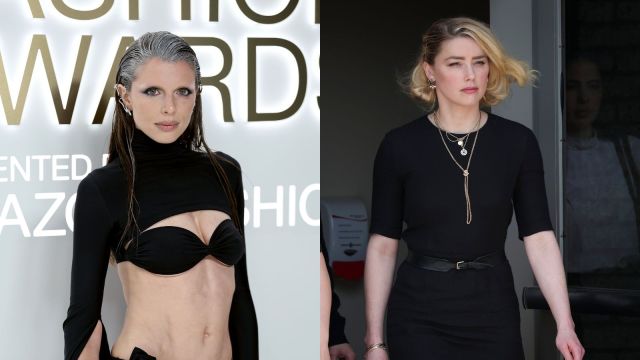 Julia Fox has continued her outward support for Amber Heard, telling Emily Ratajkowski about how she felt compelled to stand up for the fellow actress.

The Depp v Heard defamation trial was one of the astonishing celebrity news stories off 2022, with the trial setting a dangerous precedent for survivors of domestic abuse, as well as for defamation trials to air some of the most disgusting and dirty laundry in revenge-like cases.

Heard saw a lot of support during the trial, but nowhere near the numbers Johnny Depp did (albeit research has shown a huge amount of the support for him came from bot accounts). Heard’s corner did have some notable names supporting her, including Julia Fox and Emily Ratajkowski. The two combined on Ratajkowki’s podcast High Low with EmRata to speak about women’s rights, and the ramifications of the trial.

Fox said she felt compelled to stand up for Heard for a myriad of reasons. The Uncut Gems star citing the very obvious misogyny which came with the case, but also feared if it could happen to Heard, she fears what it’d be like for other women.

“I did have to say something because if it could happen to Amber Heard, who is a white, blonde, beautiful, successful actress because people say that she had no career before but she did. She had over ten movies I think. So, it could really happen to — none of us are safe.”

The multi-talented performer said she feared for what it could mean for women across the world, believing “all the women in the world” stand to lose from the case’s result.

“I just felt compelled to say something. I was like ‘Yeah, you guys are making comments but you don’t realize this is gonna damage women, all of humanity’. All of the women in the world are gonna suffer from this.”

Heard has definitely come off far worse from the trial, with her reputation taking a huge hit despite the fact the result isn’t as clear as Depp “winning”. Depp won the PR battle and is back in normal Hollywood circles again, but Heard still got damages from her ex-husband.