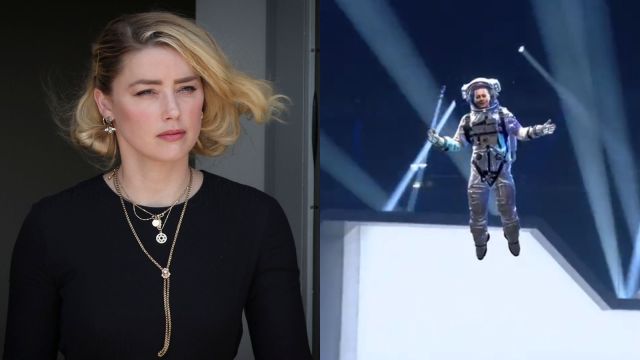 After one of the most bizarre moments in recent VMAs history, Johnny Depp rocked up the awards show as an astronaut and it’s immediately sparked backlash: particularly from Amber Heard’s supporters.

Depp’s surprise appearance took many by surprise, and also split the internet straight down the middle as they endeavored to work out why he was there, and why MTV got him on board. Depp’s appearance lit the “cancel culture” discussion back onto trending, and many are now issuing posts protesting the appearance.

The Depp appearance had been rumored from before the ceremony began, but it all seemed like whispers and nothing substantial. The critics of the appearance made their thoughts clear: why give Depp a platform and essentially take a side in the conflict between Depp and Heard?

Particular criticism went to those who applauded Depp’s appearance with one user remarking that the “industry hasn’t changed at all” in the wake of #MeToo, or even the troubling revelations about Depp from the trial. Of particular interest is also research after the defamation trial which found Heard had been cyberbullied by a legion of bots.

The appearance truly is another revelatory chapter in how the entertainment industry treats misdeeds, even the most serious ones. Considering Heard is reviled by masses online, is this the sign of an empathetic society when the alleged abuser is able to return as if nothing happened?

The defamation trial’s verdict also isn’t exactly the clearest. Both Depp and Heard were forced to pay damages to each other, although it is true Heard was ordered to pay more. Depp has been able to wash his hands of a lot of the trial drama much quicker than Heard, with him set to star as King Louis XV in an upcoming biopic.