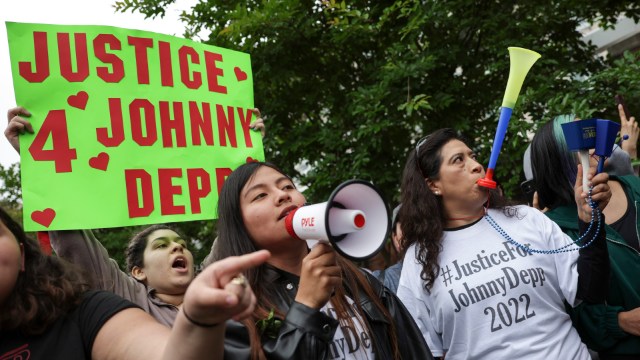 The reality TV show aesthetic that accompanied the Johnny Depp vs. Amber Heard defamation trial picked up a fair share of critics, particularly as denizens of the internet were able to give live commentary to events and the people involved.

A good portion of the memes and commentary on the trial were making Heard the butt of jokes, with many also calling her out as “the” abuser, as well as outright calling the actress a liar. Hashtags like #AmberHeardIsAnAbuser and #AmberHeardIsALiar decorated Twitter’s trends and a report has found that bots were behind a lot of these hitting trending, with more sinister ploys used to top the app.

Bot Sentinel, a nonpartisan group dedicated to uncovering bots, how they’re used, and how they spread misinformation has issued a report on the events surrounding the all-encompassing trial. The report found that bots would also intentionally misspell words and hashtags so as to allow duplicates of a hashtag to remain high up on trends.

The 17-page document noted that 24 percent of the accounts that tweeted harmful messages were created within the last seven months, which is higher than the usual average of 8.6 percent. Most stark was the report’s conclusion, which described it as one of the “worst cases of cyberbullying and cyberstalking” yet seen.

627 accounts were created solely to tweet on the defamation trial and about Heard and her supporters, and also noted that similar events are already transpiring against actress Evan Rachel Wood who has accused ex-partner Marilyn Manson of abuse.

The report ended with a call-to-arms for Twitter to better manage and administrate their site, and work harder to get rid of abuse and targeted harassment, warning it will “still continue.”

Heard was unable to get a mistrial declared by a judge, and will be stuck in the outskirts with a society that has seemingly unanimously declared her a villain. A dangerous precedent has been set by the defamation trial, and Bot Sentinel’s report only further depresses the mind.