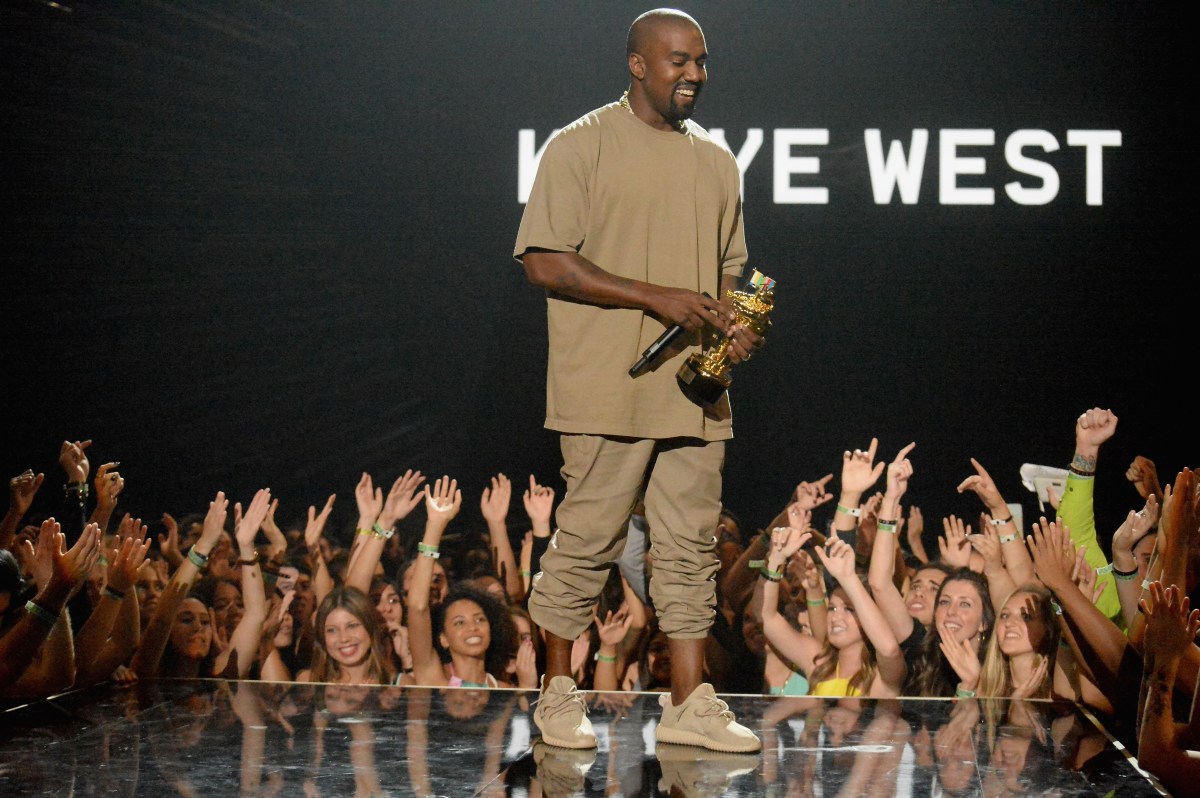 While Kanye “Ye” West may never see another accolade celebrating his previous musical genius and fashion sense, he’s still winning wards. Only this time, it’s among the biggest dishonors of all: “Antisemite of the Year.” The watchdog group and website, StopAntiSemitism, has named Ye the biggest threat to their mission after the disgraced rapper and presidential hopeful received over 10,000 votes from the group’s members.

Anyone following Ye’s rapid descent into spreading harmful antisemitic rhetoric won’t be surprised to hear of his latest award. Last month, Ye tweeted what can only be perceived as a threat when he said he would go “death con 3 on JEWISH PEOPLE” followed by the strange statement that Black people are actually Jewish. Following deserved backlash, he only doubled down in spreading his hateful views and even bizarrely professed his love for Hitler.

Ye’s antisemitic comments led to brands like Balenciaga and Adidas ending their partnerships with the rapper as their stock prices drastically plummeted. The rapper reportedly headed to Skechers HQ in an attempt to form a new business partnership with the shoe company but was quickly shut down.

This was more than enough to cement Ye’s spot as the infamous “Antisemite of the Year.” Liora Rez, executive director of StopAntiSeminism, gave a statement to TMZ, saying, “Kanye uses his celebrity platform to push dangerous antisemitic tropes about Jews and power, and he refuses to stop. His continuous onslaught of bigoted statements has resulted in horrific antisemitic acts perpetrated by white supremacists, Black Hebrew Israelites, and other fringe groups looking to cause Jews harm. Jew hatred is already out of control in the United States, and the last thing we need is a celebrity like Kanye to add fuel to that fire.”

Ye beat out other nominees on the list like Mohamed Hadid, father of models Bella and Gigi Hadid, who reportedly compared Zionists to Hitler. The former real estate developer has also promoted tired conspiracy theories like “Israel and the Jews control the media,” as per StopAntiSemitism’s website.

We don’t know what’s next for Ye, but it’s likely we’ll continue to see him face consequences for spreading his harmful views.