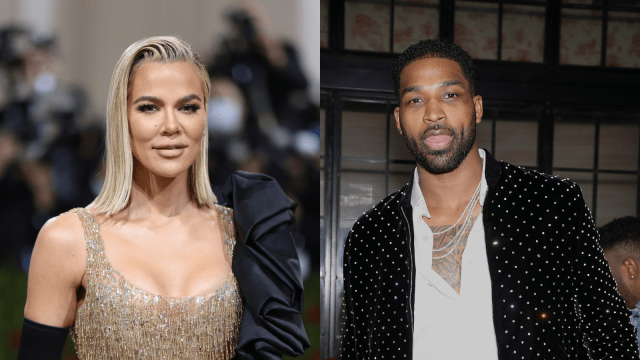 Khloe Kardashian will soon become a mother of two, as reports claim that the reality TV star is expecting another child with NBA star Tristan Thompson in the very near future.

Breaking the news, TMZ reported that sources confirmed that the couple is having a child via surrogate and the birth is “imminent.”

A spokesperson for Khloe confirmed the report to People, shared that the child was conceived in November of 2021, and asked for privacy for the family during this time.

“Khloé is incredibly grateful to the extraordinary surrogate for such a beautiful blessing. We’d like to ask for kindness and privacy so that Khloe can focus on her family.”

Khloe spoke about her pregnancy troubles and need for surrogacy early in 2021 during an episode of Keeping Up with the Kardashians. Khloe and Tristan also spoke about bringing another child into the world during the debut season of The Kardashians, which aired in April.

Khloe and Tristan already share one child together, True, who is now four years old. Thompson also has other children, including Prince who was born to ex-partner Jordan Craig, and another child the NBA star fathered while reportedly still in a relationship with Khloe. The child was born on Dec. 1, 2021.

After the birth of that child, the pair decided to end their relationship, but have continued to co-parent. The couple has been in an on-again, off-again relationship stemming back to 2016.

According to TMZ, the couple has been seen together at family functions ahead of the upcoming birth.