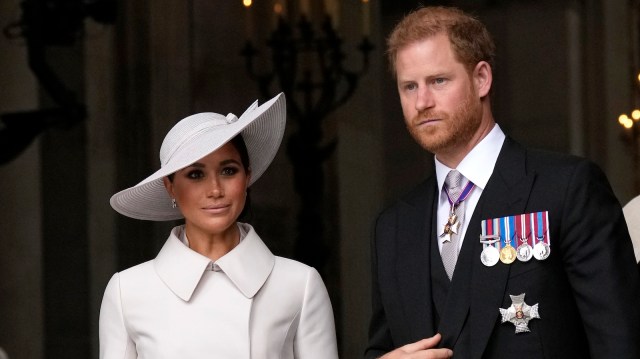 With the coronation of King Charles III landing on Prince Harry‘s son’s fourth birthday, you’d think the King would definitely want to celebrate with his grandson but one particular detail can ruin it all, and it’s difficult to argue against.

Prince Harry and his wife Meghan Markle, the Duke and Duchess of Sussex, have been in the global public eye ever since their wedding and eventual departure from Royal life. The constant rumors and controversies about it seem to pop up every couple months since, some unfair and some understandable.

Prince Harry is even about to release a memoir, published by Penguin Random House, which was originally expected due out before the end of this year but with the passing of Queen Elizabeth II, Prince Harry delayed the release to what will likely be early next year. All the proceeds will go to charity but Prince Harry was paid a reported $20 million dollars up front for the tell-all.

It’s been speculated that Prince Harry is growing uncertain about some reveals about the Royal family that he has in the memoir and is trying to work with the publisher to modify the content. Multiple U.K. media outlets even reported that the Prince is in a panic about the decision.

King Charles has his concerns, but is believed to have the attitude that he will roll with punches if there is negativity aimed towards him. However, one person is off limits and that would be King Charles’ wife, the Queen Consort Camilla.

The Daily Beast reports that sources have told them that if the book slams the Queen Consort, even mildly, then Prince Harry and Meghan Markle can expect to stay home for the King’s coronation.

This is allegedly also true for Harry and Meghan’s upcoming Netflix show and, one can at least assume, Meghan Markle’s podcast Archetypes, though that is not centered around biographical content nor the Royal Family.

Surely, this will make Prince Harry panic further if he does have not-so-favorable things to say about Camilla. A solution would be to push the book’s release for after the coronation. It’s already rumored that the book will be released in April, so with the coronation scheduled for May 6, then another month won’t be out of the question.

However, that will show signs that the book will indeed slam the Queen Consort, and may cause a deeper divide between Prince Harry and the royal family than there already is. A better solution would be for Prince Harry to eliminate such elements from the memoir — that is, if the publisher allows it.