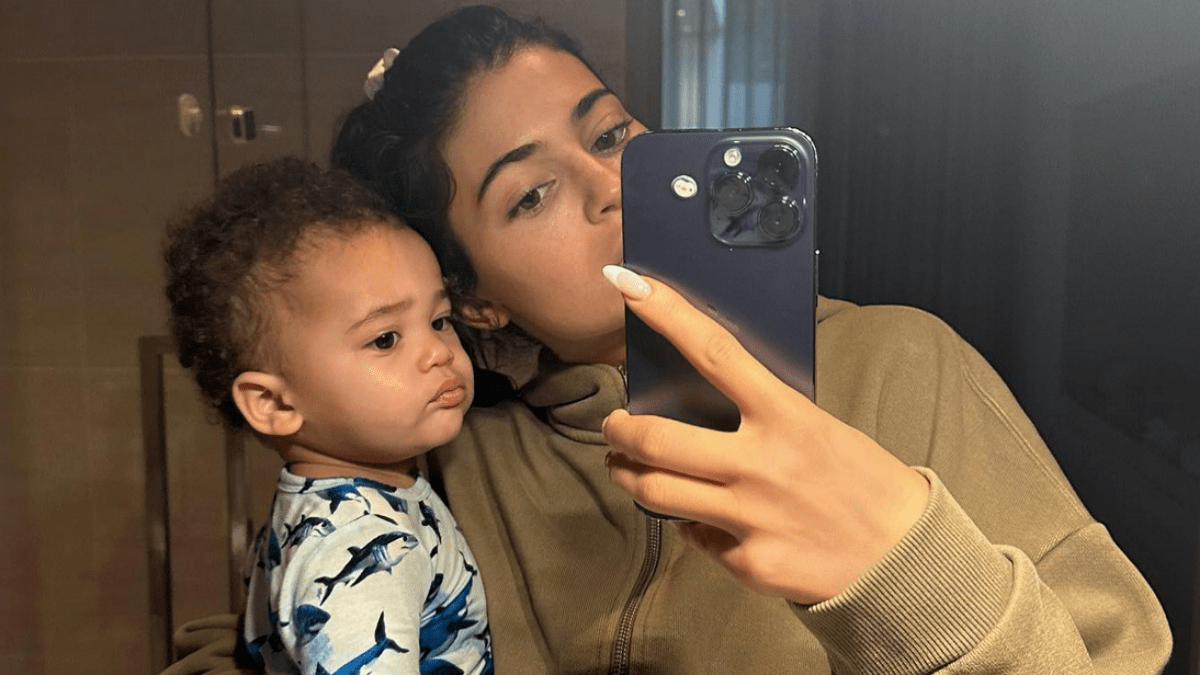 Nearly a year after giving her birth to her son, Kylie Jenner has decided to finally introduce him to her fans. The young mom posted several photos of the cute baby boy and shared his new name for the first time in a sweet Instagram post this Saturday.

In the adorable photo dump, Jenner poses with her son and shares some close-ups of the nearly one-year-old in a beanie and a high chair. The post is simply captioned, “AIRE” followed by a white heart emoji. Grandma Kris Jenner confirmed the name announcement by commenting, “I love you Aire Webster.”

Jenner and rapper Travis Scott welcomed their son into the world last February and initially announced his name was Wolf Jacques. The couple decided the name didn’t fit their newborn and in March, Jenner took to her Instagram Stories to tell the world, “FYI, our son’s name isn’t Wolf anymore.” She clarified, “”We just really didn’t feel like it was him. Just wanted to share because I keep seeing Wolf everywhere.”

While Jenner and Scott share a lot of their life with fans regularly (like this sweet video documenting Jenner’s pregnancy), the couple didn’t feel ready to share their son’s new name. As recently as her appearance on The Late Late Show in September 2022, Jenner told host James Corden her son was still legally named Wolf and joked she couldn’t share the name because Scott might spontaneously change it again.

Fans of the couple are glad Jenner and Scott feel comfortable enough to share Aire with the world and social media cannot get over how cute he is. Fans are already pointing out the resemblance between Aire and his older sister Stormi and, as is typical of the internet, the memes are just beginning.

Aire means “Lion of God” and definitely fits the cute weather theme the couple started with Stormi. We think the name is cute and want to congratulate the couple once again on their growing family.