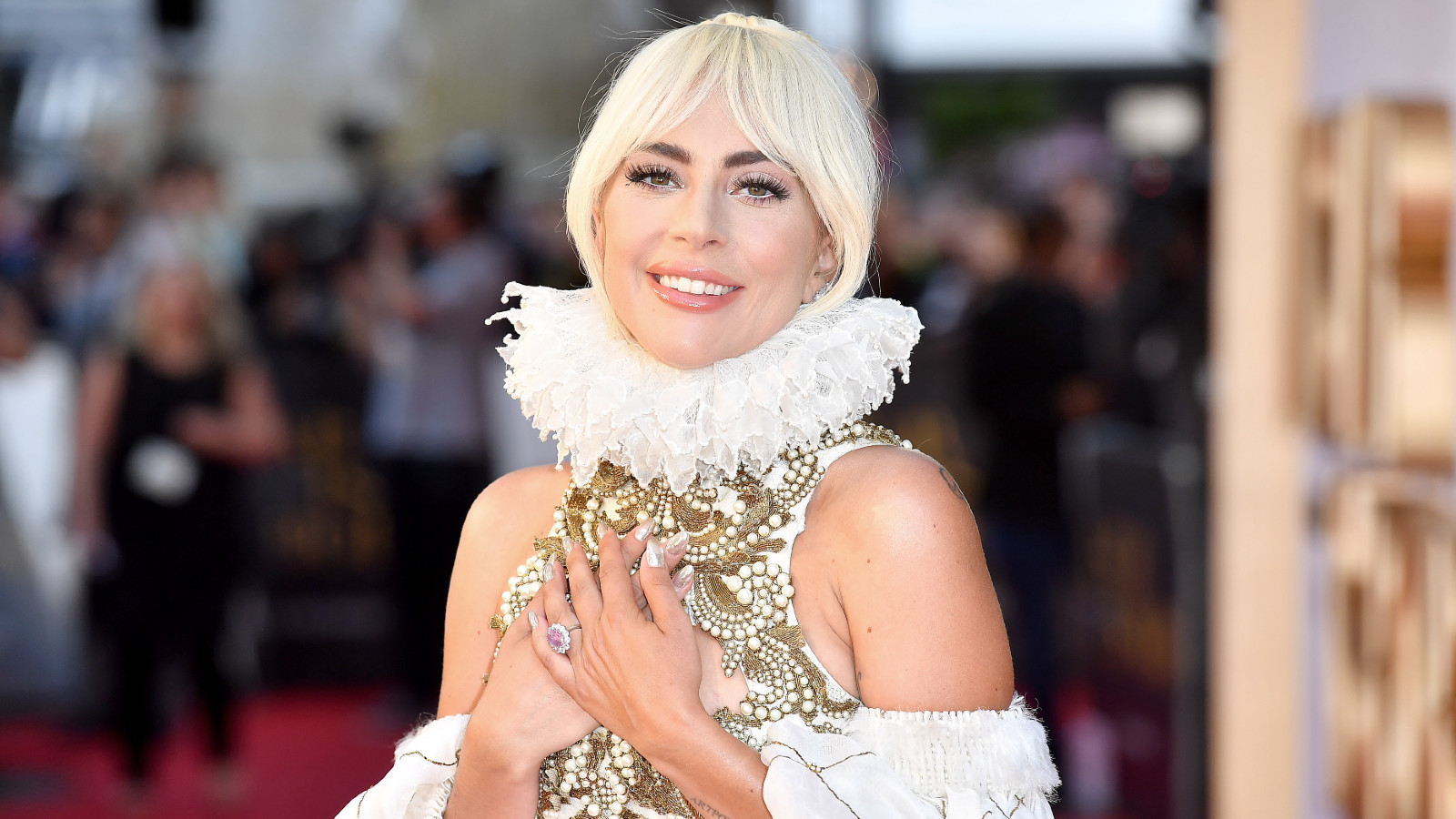 Lady Gaga rarely misses the annual Met Gala, the fundraising event held in benefit of the Metropolitan Museum of Art’s Costume Institute. And given that the theme of Monday night’s red carpet event was “Gilded Glamour,” ostensibly to hearken back to the late nineteenth century and age of the Vanderbilts, images of the singer wearing a head-turning, Victorian-inspired gown quickly began to circulate on Twitter.

Gaga’s white and gold ensemble featured an intricately detailed corset, bold ruff around the neck, and the rushing that would have covered her scandalously bare shoulders, for the time, instead hangs around her elbows. Her platinum hair and perfectly coiffed curtain bangs complete the look.

On one hand, she kind of resembles a character from Alice in Wonderland meets Cate Blanchett as Queen Elizabeth meets those topper things that cover tissue boxes or rolls of extra toilet paper in your grandmother’s house.

And yet, on the other hand, it strangely … works? But unfortunately, Gaga did not actually attend Monday night’s event, and the photos were taken from the 2018 London premiere of her musical drama A Star Is Born, according to a W Magazine article at the time.

Gaga stunned in a Victorian-inspired jacquard gown from Alexander McQueen. She accessorized the look with a single sustainable, lab-grown diamond earring and an Anabela Chan pearl. The white and gold-accented gown with a corseted bodice, a Shakespearean collar, and cascading skirt made Gaga look especially regal at the latest stop on her press tour. The 32-year-old talent’s gown is a vintage look from McQueen’s fall 2013 runway collection, which was designed by the label’s creative director Sarah Burton.

But as photos of Gaga’s outfit began to make their way around Twitter, fans quickly honed in on her outfit, whether or not she actually attended be damned! “LADY GAGA SHE NEVER MISSES,” gushed one excited fan.

A Met Gala updates account even went so far as to call her the best dressed — despite the fact that, again, she wasn’t there.

In fact, Gaga has been busy promoting her single “Hold My Hand” from the upcoming Top Gun: Maverick soundtrack, which she tweeted about during the red carpet event.

Hey, you’ve got to respect the hustle, but hopefully, she can find time in her busy schedule to make next year’s event. The monsters deserve it.