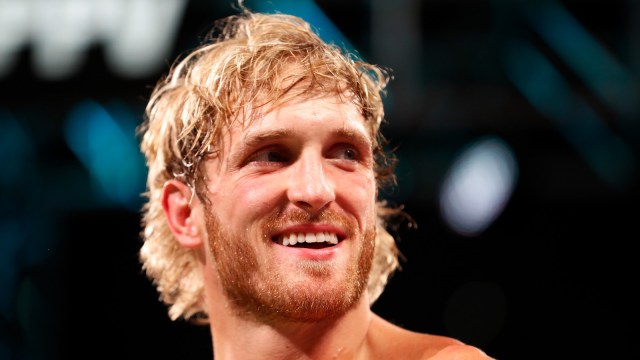 Looks like Logan Paul finally got his first knockout. The boxer, social media star and newly crowned WWE entertainer was spotted in Mykonos, Greece with none other than Sports Illustrated Swimsuit model Nina Agdal.

Agdal is also the ex-girlfriend of Oscar winning actor Leonardo DiCaprio. Paul and Agdal were seen snorkeling and generally enjoying each other on the beach. The Daily Mail published some steamy photos of the couple, with Paul wearing bright red trunks and Agdal stunning in a zebra print bikini.

The couple first ignited talk about a romance when they were seen in London together sharing a kiss at a restaurant with friends. They were spotted again in July at a restaurant in Manhattan. Another hint? Agdal started following Paul’s mother and two of his close friends on Instagram – George Janko and Mike Majlak.

Paul has flirted with professional boxing and recently fought former heavyweight champion Floyd Mayweather Jr. Paul clinched his way through the fight to the sound of boos and no winner was named. Paul later said “I’m going to go home thinking, ‘Did Floyd let me survive?'”

Perhaps his highest profile athletic endeavor is being signed to the WWE. In June, he battled (or however they do it in wrestling) the superstar The Miz at SummerSlam, WWE’s biggest yearly event. He called the match crazy.

“I have got to be honest this sport is insane, this is one of the craziest things I have ever done. I cannot believe how quickly I have been thrown in at the highest level and expected to perform, but in the end that is what I do. I put Miz in his place, I told him exactly what I was going to do and I did it. He underestimated me, respect is respect but I beat my mentor. It is a moment I will remember for the rest of my life.”

Agdal, who is three years older than paul at 30, appeared on the 50th anniversary cover of Sports Illustrated Swimsuit Issue along with Lily Aldridge and Chrissy Teigen. She’s the proprietor of The Agdal Method, a fitness subscription app that claims to be “The wellness routine you’ve been searching for.”

Agdal dated DiCaprio for about a year from May of 2016 to May of 2017. The breakup was reportedly amicable, according to People, who cited a source saying that DiCaprio was simply “not ready to settle down and just isn’t in the mindset to get married or have kids.”