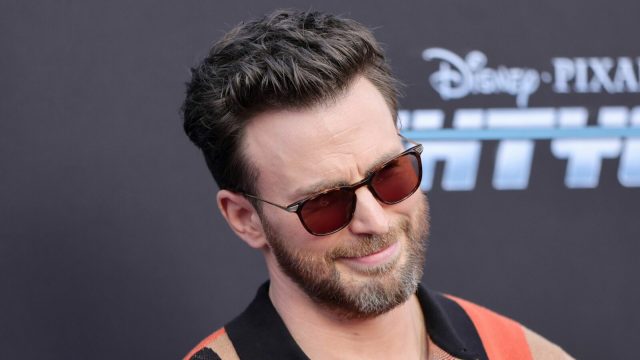 Chris Evans is one of the world’s biggest stars (and the custodian of “America’s ass”), so it’s fair to have assumed he would be more up on phone technology than your average, well, flash-frozen and recently-dethawed World War II super-soldier. Which is why the Internet was a bit tickled when Evans announced via Instagram that he is finally getting rid of his… iPhone 6s? Really, bruh, you still had the six?

In any case, he sent his phone off with the kind of beautiful eulogy any close friend would wish for at their funeral:

We had a good run. I’ll miss your home button.

I won’t miss the nightly battle of trying to get you to charge. Or your grainy pictures. Or your sudden drops from 100% battery, to 15%, to completely dead all within minutes.

It was a wild ride. Rest easy, pal

Evans most likely bought his now-defunct cell as a toy to console himself after his relationships with Minka Kelly and Sandra Bullock ended, and used it to begin flirting with Jenny Slate in 2016 at the start of their two-year relationship all the way through Selena Gomez (2021) and Alba Baptista (current). Chris Evans is a prolific fella, and if that phone could talk, he’d have had to retire it long ago.

Evans’ fellow celebrities sent their regards on Instagram in the post’s comments, with Octavia Spencer revealing she had just sent her phone to the crossroads:

OMG! I just gave up my home button last week. Transitioning to the 13 has been easier than I thought. So…. #IFeelYouBuddy

Not the grainy pictures

Please tell me you didn’t still have the 6?! HOW did that happen to you?

Meanwhile, on the Marvel Studios subreddit, several users commiserated with Evans’ refusal to update his phone:

In any case, nobody needs to worry because Chris Evans’ phone is in a better place now… on a farm upstate… where it can romp and play with all the Blackberry and Motorola pagers and rotary dial phones and all its other friends in outdated communications technology.