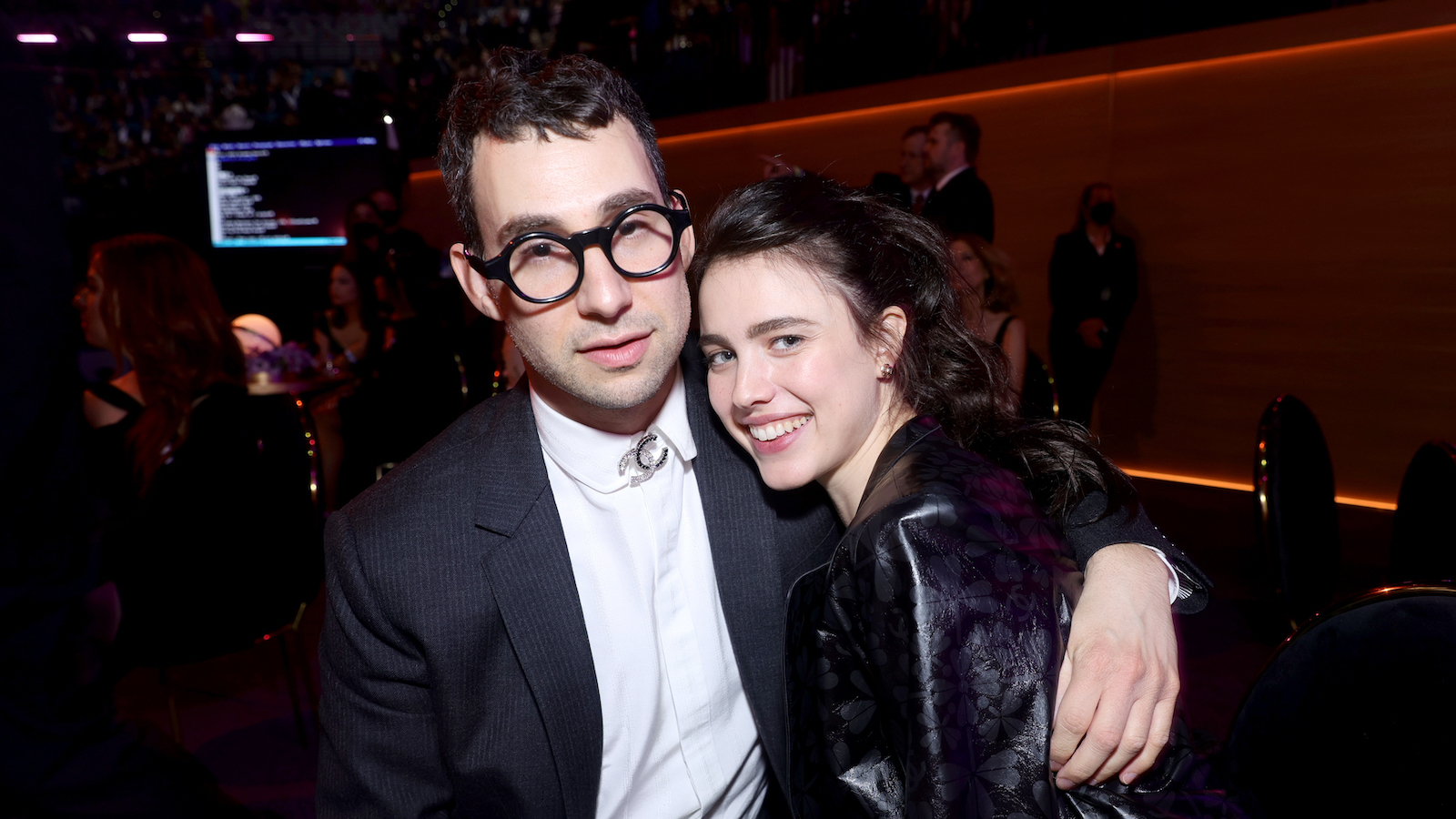 Sorry pop girls, it looks like there will be one day of the year Jack Antonoff will be unavailable to work on your album. The musician is reportedly engaged to Maid actor Margaret Qualley.

People confirms the news following speculation after Qualley walked the Cannes red carpet wearing what looked suspiciously like an engagement ring. Qualley is at the festival promoting the Claire Denis film, Stars at Noon, which she stars in alongside Taylor Swift’s longtime boyfriend, Joe Alwyn. Antonoff is known for working with Swift, Lorde, Lana Del Rey, St. Vincent, and Clairo, among others.

Qualley, 27, and Antonoff, 38, were first linked last summer when they were spotted canoodling in New York City. Since then, the couple has taken the romance public, with Qualley accompanying Antonoff at the 2022 Grammys, where he took home the Producer of the Year trophy.

Antonoff was Scarlett Johansson’s high school sweetheart and has gone on to date a series of famous women, including Alia Shawkat, Lena Dunham, and model Carlotta Kohl. Qualley has been linked to Natt Wolff, Shia LaBeouf, and, of course, Pete Davidson. This is the first engagement for both.

In addition to producing, Antonoff records under the name Bleachers and was previously a member of the inescapable band, fun. Qualley, the daughter of Andie MacDowell and Paul Qualley, had a breakout role in Quentin Tarantino’s Once Upon a Time…In Hollywood. Since then, she has starred in Fosse/Verdon and Maid. Her upcoming roles include Fred & Ginger, playing Ginger Rogers opposite Jamie Bell’s Fred Astaire.