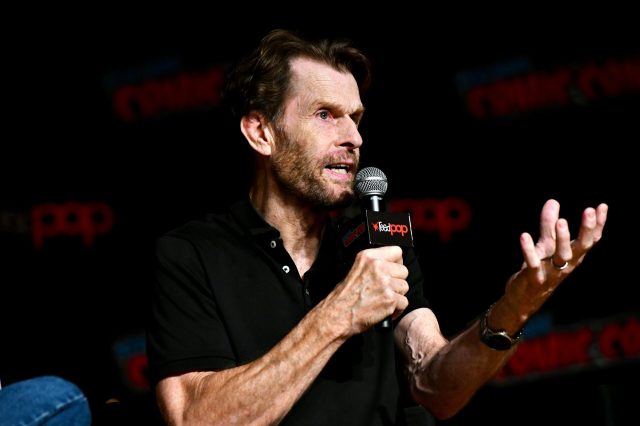 Batman may not have been a hero known for his smile, but that couldn’t be further from the truth for the voice behind the iconic superhero. Indeed, few people can claim to definitively be Batman, but that’s exactly the title that Kevin Conroy has earned, with the voice actor having brought the character to life for nearly 40 years before his tragic passing just days ago.

It was a devastating loss for the DC Comics family. The scope of Conroy’s involvement with most of DC’s animated properties seemingly only matched by the scope of hearts he’s touched over the course of his career. As the world enters another day of mourning, we leave it to some of Conroy’s closest friend and colleagues to remind us that our real-life Batman would want us to reflect happily on his life and the ways in which he enhanced ours. Who better to do so than Mark Hamill?

Hamill, who often starred opposite Conroy as the voice of the Joker in many DC Comics animated films and television shows, posted a touching tribute to the late voice actor on Twitter, highlighting the wealth of treasured memories that he shared with Conroy. Hamill posted a series of photos that epitomizes the chemistry and friendship that these two enjoyed.

John Glover, another of Conroy’s animated DC cohorts who frequented as the voice of the Riddler, echoed Hamill’s ethos, reminding us all that Conroy would never want our grief to consume us.

Thank you for the memories, Kevin. You’ll always be our Batman.