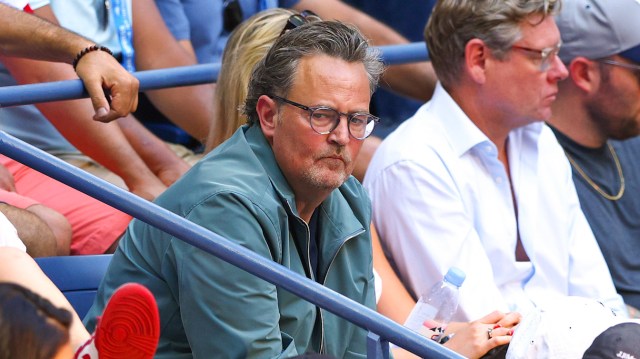 In his upcoming memoir, Friends, Lovers, and the Big Terrible Thing, Matthew Perry reveals that he left the movie Don’t Look Up because his heart stopped beating for five minutes.

Perry, who recently revealed he struggled with an opioid addiction and that he had a two percent chance to live, says that he filmed a scene for the movie with Jonah Hill but never went back to the set because, after the medical scare, he was in too much pain to return.

Speaking to Rolling Stone on Tuesday, Matthew Perry said the event was brought about by him taking opioids the night before undergoing an undisclosed surgery in which propofol (an anesthesia drug) was given. The combination of the two stopped his heart, though Perry says he did not actually have a heart attack. “I was given a shot at 11am. I woke up 11 hours later in a different hospital.”

Despite the ordeal, he later mentioned a somewhat humorous tidbit, explaining that he was told the person who did CPR on him had claimed he didn’t want the guy from Friends to die on his table. Thus he didn’t give up at all and five minutes later the actor’s heart started beating again. Perry rhetorically added, “If I hadn’t been on Friends, would he have stopped at three minutes? Did Friends save my life again?!”

In regards to his heart failing at that point, Perry added, “I didn’t flatline — but nothing had been beating.” He also explains that the doctor who saved his life broke eight of his ribs in the process.

It seems that Matthew Perry has cheated death multiple times when you consider the aforementioned two percent chance to live and now this reveal about his heart stopping for five minutes.

Matthew Perry’s memoir will be released on November 1.