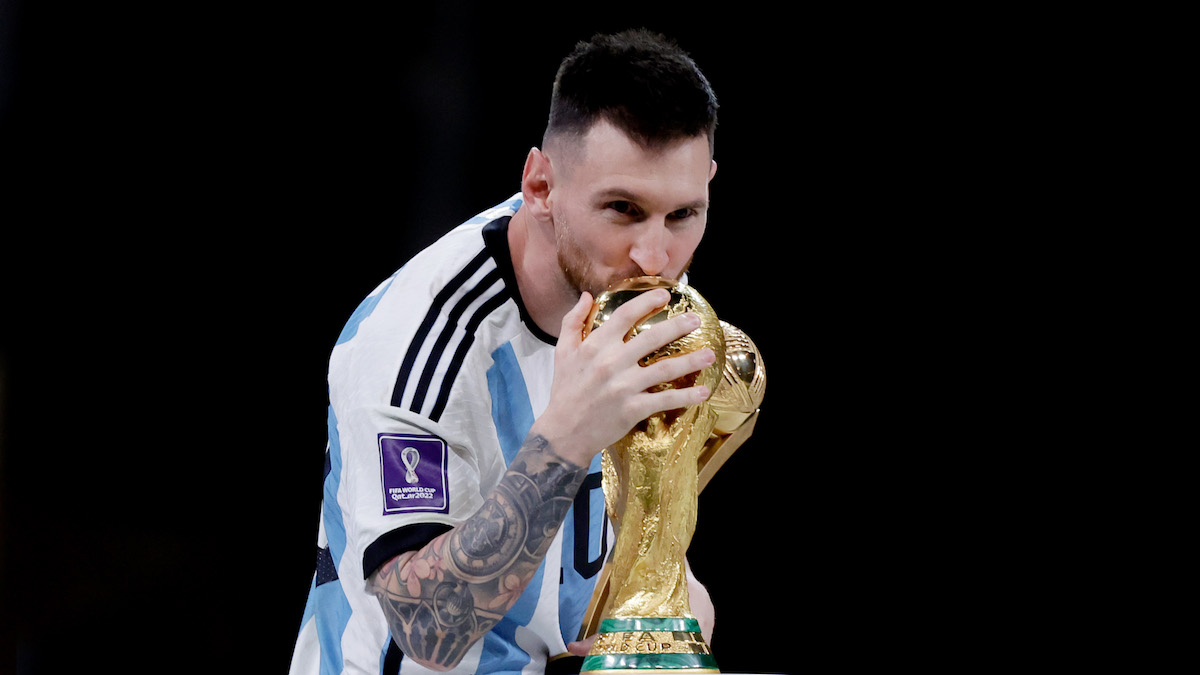 Without question, football megastar Lionel Messi is one of the biggest names in the entire world — with many considering him to be the greatest footballer of all time. And naturally, the 35-year-old athlete took to Instagram to share his success in winning the 2022 World Cup with the Argentina national football team. But if winning the iconic trophy wasn’t grand enough, it’s now fair to state that Messi has the most popular Instagram post of all time.

Messi successfully shattered the record over the last several days, after his victory post became the most-liked Instagram post of all time, as per @brfootball on Twitter. As it stands, the aforementioned post currently has over 62 million likes — which certainly comes as no surprise, given Messi’s overwhelming popularity.

Previously, the record was held by “The Egg,” which is simply a photo of an egg that was posted by a user with the “@world_record_egg” handle. Despite the egg being posted over four years ago, it eventually became the most-liked post on the social platform, surpassing Kylie Jenner’s previous record.

In later posts, Messi shared a photo to his followers of him waking up in bed beside the trophy, showcasing how proud he is to accomplish such a triumph. Of course, it remains to be seen if another celebrity (or food group) will come along and dethrone Messi to become the most-liked post on the app. For now, Messi will continue to show off the well-deserved trophy and express complete excitement in achieving his first World Cup victory before his eventual retirement.