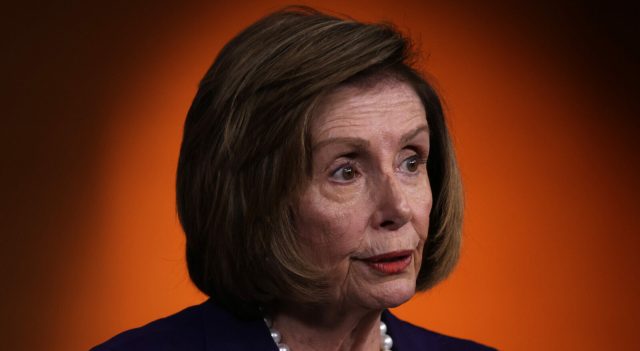 Recently, Democratic Speaker of the House Nancy Pelosi’s husband Paul was attacked in their home. In the wake of the incident, numerous conspiracies emerged, some of which have been floated by big names like Elon Musk and former President Donald Trump, and, now, she has responded.

The 82-year-old Congresswoman makes her views known about sentiments shared after the incident in a new interview with Anderson Cooper on CNN. A transcript of the full conversation is available, and, for Pelosi, what happened is bad for the nation and she argues those who speculate in the face of official records outlining the facts are causing harm, too.

“It’s really sad for the country. It’s really sad for the country that people of that high visibility would separate themselves from the facts and the truth in such a blatant way. It’s really sad, and it is traumatizing to those affected by it. They don’t care about that, obviously, but it’s destructive to the unity that we want to have in our country. But I don’t have anything to say to them. I mean, we have nothing, there would be no common ground to have any conversation with them.”

Trump has called the incident a sad situation and suggested it was not a break-in to target the speaker, in spite of police records claiming this was the intent of the perpetrator. Pelosi does not speak more on this in the report, but refers to Trump as a thug and adds her husband is in for a lengthy recovery and is more worried about the effect of the incident on their kids and grandkids.

The attacker, David DePape, was in the United States illegally and may be deported back to Canada. He has pled not guilty to all the state charges he is facing, has waived his right to a fast hearing, and could end up in prison for decades. He is said to be cooperating with authorities and has already sat for interviews in the aftermath of the incident.