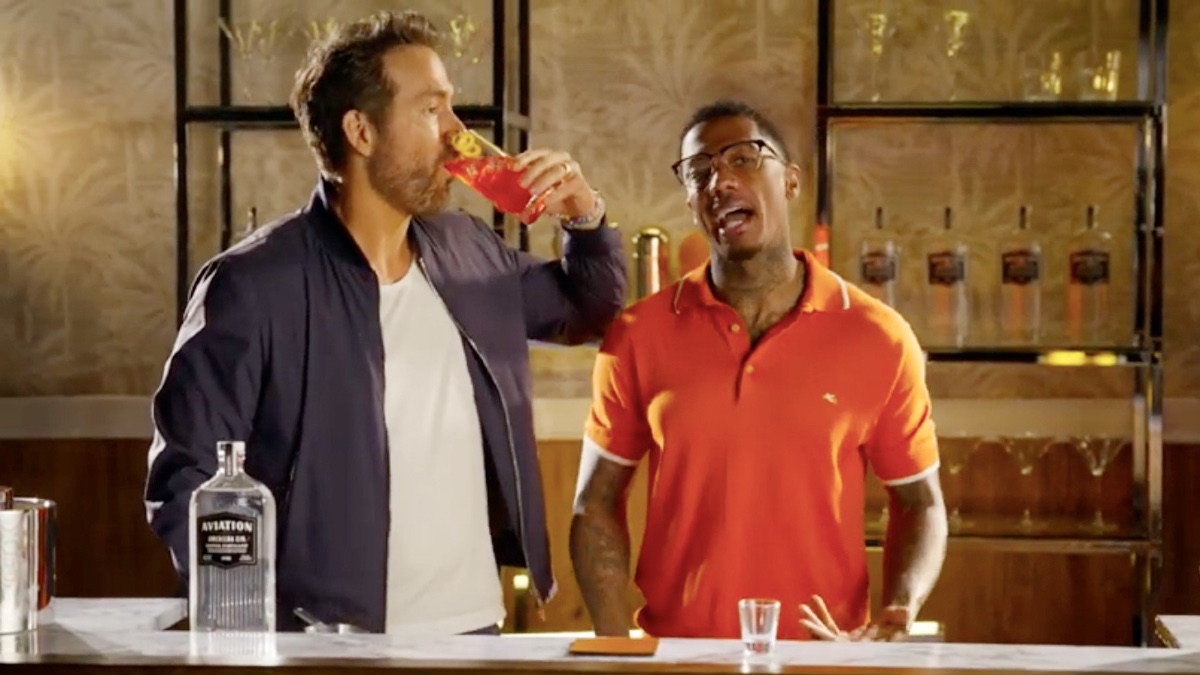 Nick Cannon revealed this week that in addition to expecting a baby boy with model Bre Tiesi, he will be welcoming even more children in 2022. And hot off the news of that announcement, the father of eight is now starring in an Aviation American Gin commercial alongside actor Ryan Reynolds, who acquired a stake in the brand in 2018.

Fittingly, the pair concoct a “vasectomy” cocktail, in lieu of the actual medical procedure that Cannon clearly hasn’t gotten yet.

“It’s almost Father’s Day, and the one and only Ryan Reynolds asked me to help us all celebrate with the mother of all cocktails, the vasectomy,” Cannon says in the minute and a half long spot. “Lord knows I need one.”

“First, fill a tall glass with ice, the way children fill our lives with so much joy” Cannon quips, walking us through the cocktail. “Next, pour in one ounce of cranberry juice — sweet, just like their little smiles.”

Next, Cannon pours three ounces of tonic water. “So bubbly, just like I feel every day when I wake up after a long, full night’s sleep,” he says, dropping the bottle straight onto the floor. He then adds a dash of fresh squeezed lemon juice, but notes that store bought is also fine “if the little ones have you running around a little bit today.”

Finally, the 41-year-old added one and a half ounces of Aviation gin, after a wholly understandable cut take, and a lemon twist garnish. “And that looks like a delicious vasectomy,” he announces, smiling into the camera.

“I’ll take it from here Nick, I have three kids,” says Reynolds, entering the scene, reacting wholly appropriately when Cannon comes back with: “I have eight.”

“Come on, bring it in, let’s just hold each other,” Reynolds is heard saying off-camera, after learning the news. “No wonder you have eight kids, you smell amazing.”

It’s unclear exactly how many more children Cannon is expecting. In addition to the boy with Tiesi, it’s heavily rumored that Cannon is also the father of DJ Abby De La Rosa’s baby girl, with whom he also shares twin sons Zion and Zillion. When asked about rumors that he has three more children on the way on Tuesday’s Lip Service podcast, he played coy.

“When you say ‘on the way’ — what count you at?” Cannon responded to the question. “Let’s just put it this way … the stork is on the way. That’s what I said, ‘If you thought the numbers in 2021 — if you thought it was a lot of kids last year.’”