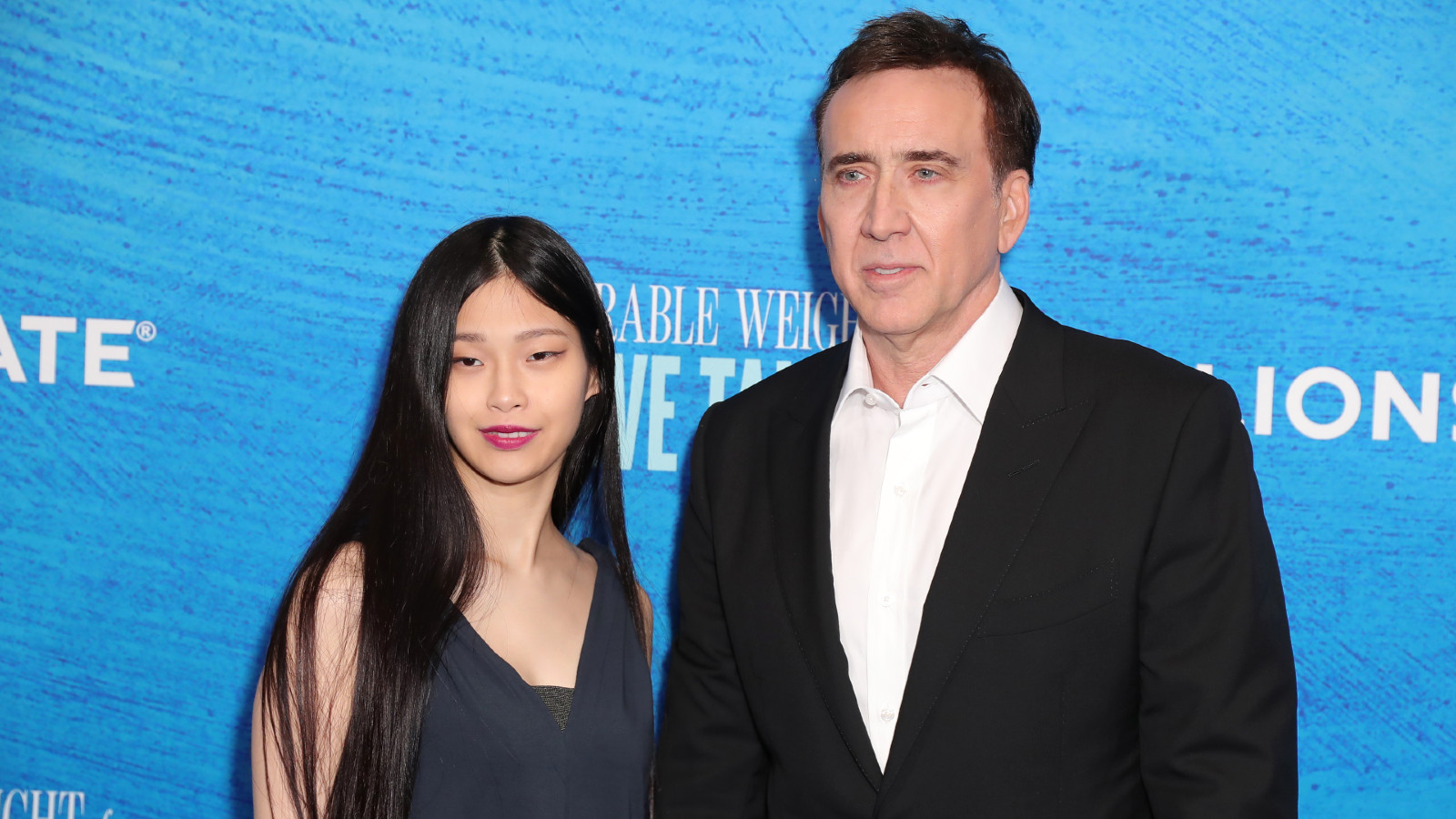 Nicolas Cage is going to be a father for the third time with his fifth wife, 27-year-old Riko Shibata. The actor, 58, announced the news on The Kelly Clarkson Show while promoting his new movie, The Unbearable Weight of Massive Talent, on Thursday.

Cage dropped the big news in the middle of telling an anecdote about listening to records with his brother, who was a disc jockey, as a kid. He recalled how the Beatles’ 1970 album, Let It Be, and the song “Across the Universe” in particular, had a big impact on his life at an early age, and how it continues to be his favorite song ever written to this day.

“Which is why I’m gonna announce some big news for everybody,” Cage segued, seemingly out of nowhere. “I’m gonna have a little girl. And her name, because of ‘Across the Universe,’ her name is gonna be Lennon — Lennon Auggie, after my father [August Coppola], I’ll call her Lennie for short.”

“I’m thrilled,” Cage continued, adding that it was going to be the biggest adventure of his life. That’s a big statement, coming from a man who starred in not one but two National Treasure movies.

This will be Cage’s first daughter. He shares a son, Weston Coppola Cage, 32, with his ex-girlfriend, actress Christina Fulton, and 17-year-old Kal-El with his third wife Alice Kim. He likewise has two grandsons from Weston, born in 2014 and 2016.

Congrats to the happy couple!