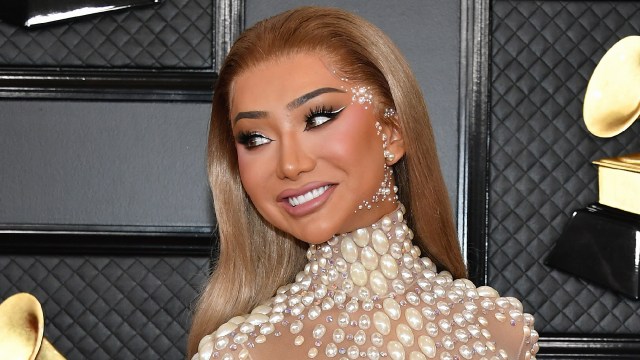 Controversial YouTuber Nikita Dragun is having a rough week.

The 26-year-old makeup guru is a near-constant source of controversy, particularly in the wake of a very ill-advised party thrown in the midst of the COVID-19 pandemic. In the years since, Dragun has become a household name, but not always in a good way. Her recent arrest had quite a few of the YouTuber’s detractors reveling in some good old fashioned celebrity schadenfreude, particularly as they dissected the pointedly odd details surrounding her arrest.

Dragun was arrested on Nov. 7 at Miami’s Goodtime Hotel, following a bizarre series of events laid out in a police report about the incident. The report indicates that Dragun was arrested following alleged battery and disorderly conduct, but retreated into the hotel’s pool as police attempted to detain her. Reports that she splashed police with pool water, while entirely nude, make the circumstances surrounding the arrest feel like a fever dream, and Dragun’s critics wasted no time in poking fun at the content creator.

The humor many found in Dragun’s arrest is starting to sour, however, following news that Dragun was misgendered in police reports, and forced to stay in the men’s unit during her time in custody. This is despite the fact that Dragun’s legal documents all classify her as female, as does her identification. The news is sparking widespread outrage, as even Dragun’s detractors push back against the clear violation of Dragun’s rights.

A video displaying a brief clip of a discussion between Dragun and the judge on her case recently cropped up on Reddit, where user Brave_Lady noted that Dragun is being “forced to stay in a Men’s Unit despite being Female on her ID and having changed all her legal documents.”

The short, 17-second clip shows a Zoom room with Dragun, a judge, and several other people in attendance. At the outset of the video, Dragun requests to ask one more question of the judge, before plunging into her query.

Through clear emotion, Dragun asks if she has to “stay here in a men’s unit still.” The judge, noting that she has no control over where people are kept, says that Dragun should get “proper accommodation.” The clip cuts off soon after, but it seems that the judge is agreeing with Dragun that she is currently being held in the wrong area.

In the comment section of the Reddit post, people wondered about the legality of Dragun’s current predicament. Considering that her legal documents all clearly identify Dragun as female, she should be held with other women, rather than men. Quite a few noted that, despite their distaste for Dragun as a person, the situation is hugely messed up and puts Dragun in a particularly heightened risk category for sexual violence.

Police also reportedly misgendered Dragun in her arrest report, which—according to a screenshot shared to Twitter—mis-identify her with a clear “M” for male.

The vast majority of people on both Twitter and Reddit echoed the same sentiment, noting that “I’m not a fan of Nikita but this is a violation of human rights and her safety.”

Blame was largely thrust on Florida as a whole, and many people called for allies and those in the LGBTQIA community to boycott the state, and others with similar policies, or risk similar treatment to that being experienced by Dragun.