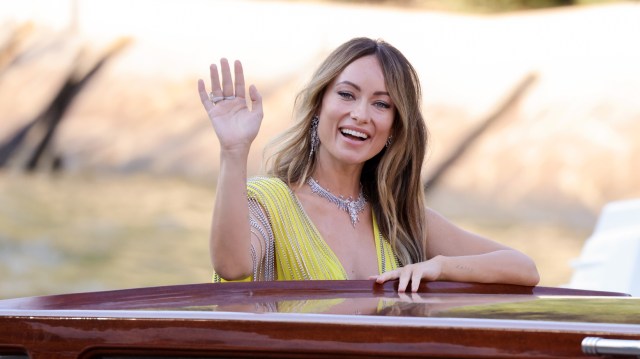 Olivia Wilde claims she lassoed Harry Styles only after her breakup with Jason Sudeikis.

Rather than letting rumors continue to run wild amidst ever-mounting controversies over her upcoming film Don’t Worry Darling, Wilde is clearing the air of a lot of, as she calls it, “horseshit.”

One of the many things the second-time director addressed in a wide, wide-ranging interview with Vanity Fair is that she hooked up with Styles before the split with Ted Lasso star Sudeikis, or that the relationships overlapped at all.

“The complete horseshit idea that I left Jason for Harry is completely inaccurate. Our relationship was over long before I met Harry,” Wilde said.

Sudeikis himself stated that their relationship ended in November 2020, but some internet sleuths thought maybe it was his way of stating that in fact #WildeStyles (Is that a thing yet? Can we start it now?) did overlap with their relationship.

The 38-year-old Wilde dismissed that notion outright, and even went on to explain how she and Sudeikis handled their relationship deteriorating just as the COVID-19 pandemic began, as well as how they decided to move forward as friends and “better parents.”

“Like any relationship that ends, it doesn’t end overnight. Unfortunately, Jason and I had a very bumpy road, and we officially dissolved the relationship towards the beginning of the pandemic. We were raising two kids during lockdown, so we co-parented through that time. Once it became clear that cohabitating was no longer beneficial for the children, it became the responsible thing to not, because we could be better parents as friends who live in different houses.”

Of course, that was before Wilde was delivered custody papers via a Sudeikis proxy in a very, very public manner at ComicCon in April earlier this year. She won that battle to keep custody of their two children when a judge dismissed the petition in August. Wilde went on to say that she’s been open and honest with her kids when telling them what happened, and what’s happening now.

“They understand the concept of making decisions to protect yourself and to live an authentic, happy life. They really do. I evolved a lot between when I was 27 and 35. I found myself as a director. And I think I found myself as an individual. And sometimes when you evolve, you evolve out of relationships that were based on an earlier version of yourself.”

If you want to get caught up on all the batty ongoings swirling around Wilde and almost everyone involved with Don’t Worry Darling, then this article is a must-read.