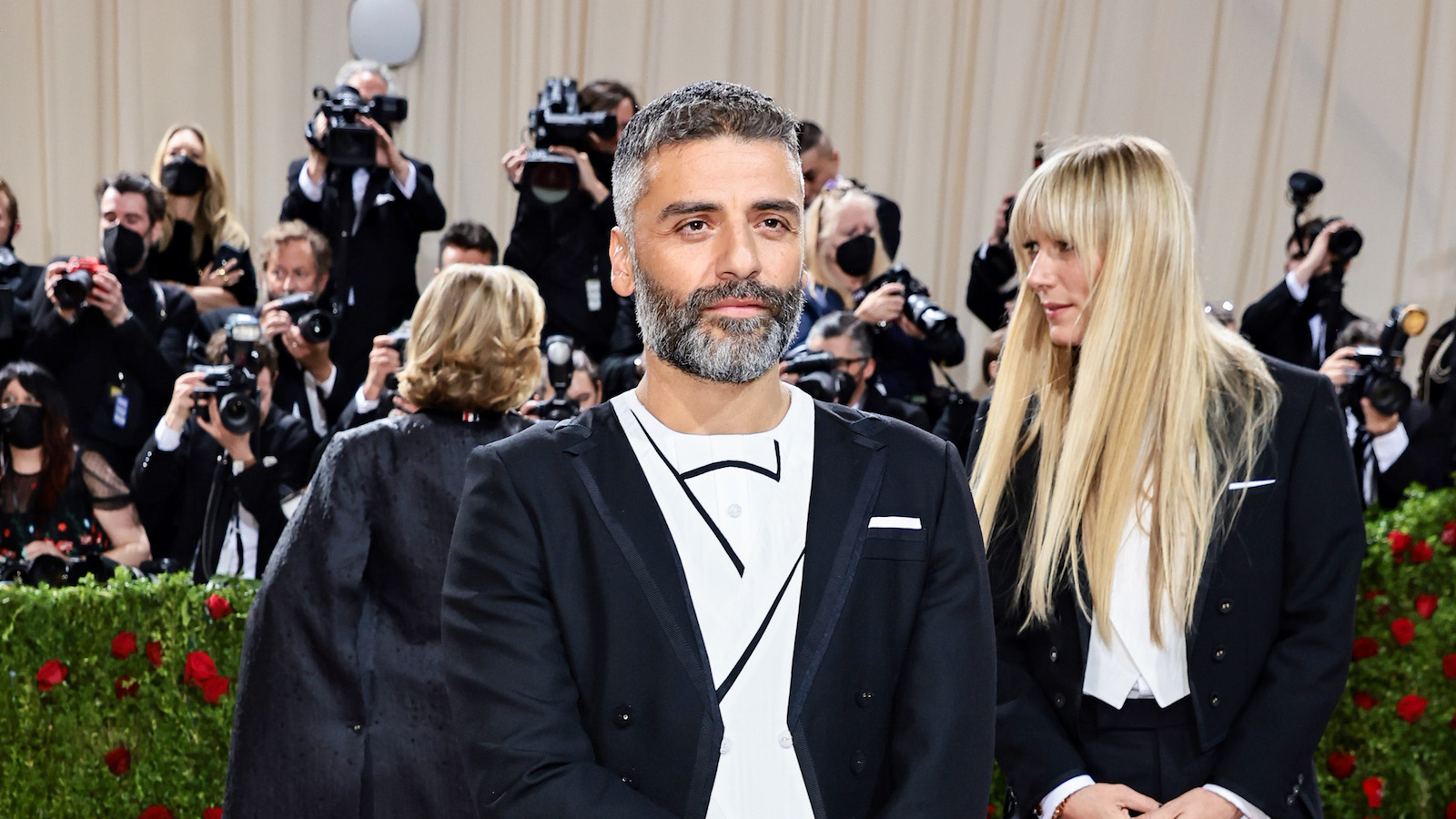 Oscar Isaac finally deigned to grace the Met Gala red carpet with his feet, and of course, he turned up in style sporting a dress from one of the hottest up-and-coming designers, Thom Browne.

“I’m wearing this Thom Browne dress,” the actor states in a video. “I feel very comfortable.”

Isaac’s wife and collaborator, the filmmaker Elvira Lind, also looked dapper suited up beside the actor as they note in unison how handsome he looks.

This isn’t the first time Isaac has rocked a skirt; he sported a tasteful gray Thom Browne pleated skirt and blazer getup to a Moon Knight screening back in March.

Browne previously styled Pete Davidson in a dress for the Met Gala carpet in 2021.

Browne debuted his first womenswear collection in 2014, and since then, he’s been speedily growing a reputation for infusing whimsy into more structured pieces like suiting and envisioning classic preppy styles without rigid gender barriers. The designer counts Lee Pace, Whoopi Goldberg, Lil Uzi Vert, and The Northman himself Alexander Skarsgard among his fans, and you can frequently spot his looks by his signature socks, one solid and one striped.

With the final episode of Moon Knight coming out this week, maybe Isaac will find some time to pick up more breezy garments for the desert.