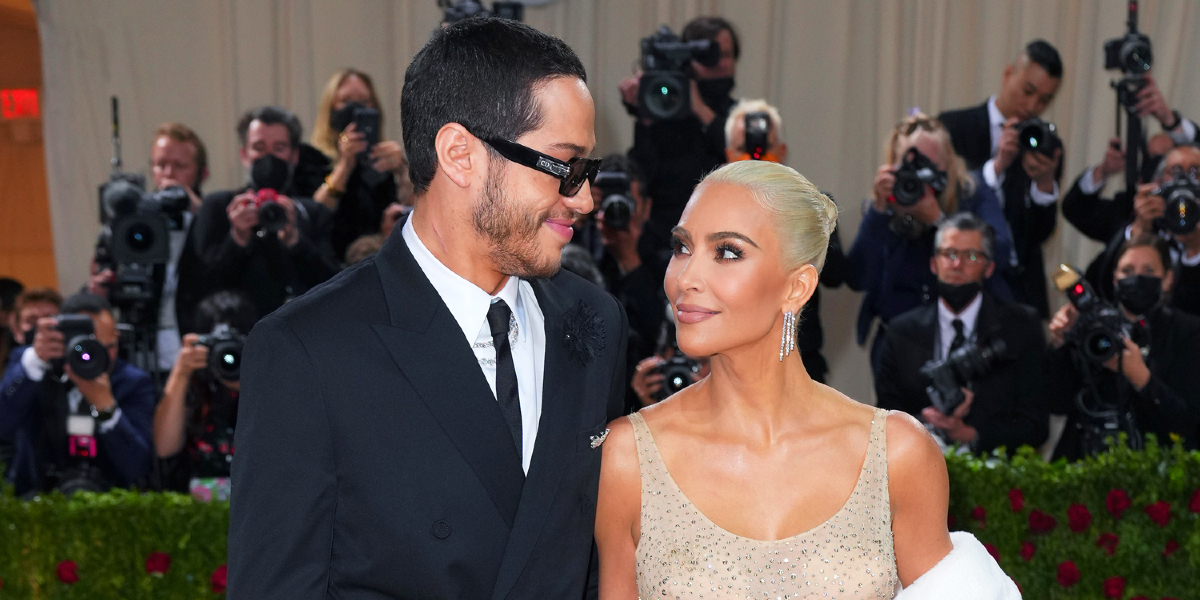 Pete Davidson’s exceedingly applauded talent resulting in him being touted as one of Hollywood’s biggest heartthrobs will not come as a shock to anyone. The 28-year-old Saturday Night Live comedian has made his mark in the entertainment arena owing to his likable demeanor and a top-notch sense of humor that has won the hearts of millions of people.

However, this desirable impact is not limited to the fans as it has extended to some of the industry’s leading and high profile celebrities. Yes, it would be spot on to label this high-profile comedian as the ladies’ man due to his highly publicized romances with recognizable figures, like Kim Kardashian and Ariana Grande. The rumors about him dating Kim Kardashian have received an enormous spotlight, bringing his dating life into the limelight yet again. Here are some of the names of the A-list female celebrities that have made a mark on Pete’s romantic journey.

Pete Davidson was in a long-term relationship with his girlfriend Cazzie David, daughter of Larry David, from May 2016 to May 2018. The duo did not shy away from revealing the reasons for breaking up their 2-year relationship. In her book of essays titled, No One Asked For This, David wrote that a lack of commitment on Davidson’s part was the primary reason for ending the relationship despite her strenuous efforts to ensure the same. According to David, Pete dumped her in a message two days following an unpleasant and confrontational phone call between them where she attempted to rekindle their relationship only to receive the response that Davidson was, “the happiest he had ever been”.

Davidson broke his silence on the tumultuous relationship with David. In an interview with the Insider, he said, “I am really happy for her”. Talking further about the success of her book, he went on to say, “It did well, and, you know, we are cool. I wish nothing but the best”. The former couple also opened up about their mental struggles during the time they were dating. However, with time, they have moved on from the pain of their breakup and have built good acquaintances.

Immediately following his painful breakup with Cazzie David, Davidson began dating the pop superstar Ariana Grande. Their ‘casual dating’ escalated into engagement at the end of May 2018, in probably one of their most shocking romantic moves. Their relationship acquired the title of a ‘redefined rebound relationship’ but unfortunately the transience of this companionship stands in contrast to his previous relationship’s long-lasting nature and roller coaster culmination as the betrothed couple called off their romance after 5 months in October 2018.

Finally, the pair opened up about the cause of speedrunning through their fleeting relationship. In an interview with Charlamagne Tha God, Davidson stated that the demise of Stuck With Me singer’s ex-boyfriend Mac Miller caused a rift in their relationship and the duo mutually decided to call it off. “I pretty much knew it was around over after that”, said Davidson in the interview. Grande and Davidson are reported to be happily leading their respective personal lives with the former married to the realtor Dalton Gomez.

The Emmy-nominated actress had a brief affair with Davidson in August 2019 but the relationship lasted for only two months, following which Davidson immediately hooked up with Kaia Gerber. During this two-month period, Qualley and Davidson were spotted in a couple of cute and flirtatious encounters with each other, like when they were seen holding hands in Venice and leaving the hotel for date night. People confirmed the “very flirty” nature of their relationship at public places like the airport where they “signed autographs and looked happy”. The relationship was received with a tone of appreciation by Qualley’s mother, Andy MacDowell, who stated that Pete and Margaret have a ‘beautiful relationship’. Today, they seem to have parted ways on good terms and are focusing on their respective paths.

The SNL star also stamped his mark on the heart of 18-year-old Kaia Gerber, the daughter of former supermodel Cindy Crawford and Rande Gerber. The pair began their relationship in October 2019 and the speculation and confusion surrounding the state of their relationship were lifted after the pair were seen kissing while vacationing in Miami. The shadow was further lifted when Gerber got Davidson cake for his birthday and appeared at the after party for SNL.

However, much to the chagrin of the fans, their relationship did not last long and started to show signs of cooling off in January when they eventually split up. In an interview, Davidson said, “It just wasn’t the right place or the right time at all. Her parents were really helpful and stuff, so they’re cool”. He further added, “It’s just like, she should be having fun,” he said. “She shouldn’t have to worry about some dude that just has issues and shit. She should be enjoying her work.” Gerber remained silent and did not explicitly name Davidson while hinting at their relationship in an interview for Vogue where she talked about her cluelessness of “what she was doing in her teenage days”.

The relationship between Davidson and the Jolt star began in 2019 and the rumors surrounding their relationship were confirmed when they were spotted at a Golden Globe party in January of the same year. The relationship was considered one of the most shocking couplings of the year, perhaps due to the enormous age gap between the duo, which invited inordinate amounts of gossip and speculation at the time.

However, it was eventually called off in April of the same year. Sources stated, “it wasn’t the right time for them because he was heading into rehab”. Davidson further added to the statement, “She was very understanding and cool”, confirming the positive culmination of their three-month-old relationship.

The Bridgerton star wasn’t spared the charms of Davidson either, as the two were reported to have started dating in early 2021 when they met at a “gathering”. The two were sporadically spotted holding hands which was confirmed by numerous reports and a teen named A Caverswall who found the couple strolling past her house. “They walked past our house and we saw them holding hands and hugging together”, she said.

However, the much-lauded relationship reached a desirable conclusion in August of the same year. “Pete and Phoebe are still going strong despite not being able to physically spend time together”, a source reported to Us Weekly, thus marking the end of the discussion of the subject.

The rumors surrounding the potential relationship between Reality TV megastar Kim Kardashian and Pete Davidson surfaced after the pair kissed on-screen during an SNL show in October 2021. Numerous sources keeping a tab on the couple’s outings have confirmed that the duo was seen going on enthralling dates and spending time in closer proximity to each other.

A month after the kiss, the pair was seen together with Kourtney Kardashian and Travis Barker at Knott’s Scary Farm, confirming how the relationship had gone from platonic friendly encounters and socializing to a higher degree of intimacy between the two. The pair successfully activated an enormous degree of wagging tongues when more family members were involved in the supposed union. This was substantiated by the family photograph where Kardashian celebrated Davidson’s 28th birthday with her mother Kris Jenner and Flavor Flav. The latter said, “The whole night, I was honored to be in their presence”. Page Six, in the month of November confirmed that both Davidson and Kardashian were officially a couple.

The couple had been spotted vacationing in the Bahamas in January 2022 and things are believed to be serious between the two of them, as confirmed by numerous reports and Kardashian sharing their pictures on social media, strengthening the very assumption. Months later, they are still going strong and steady.