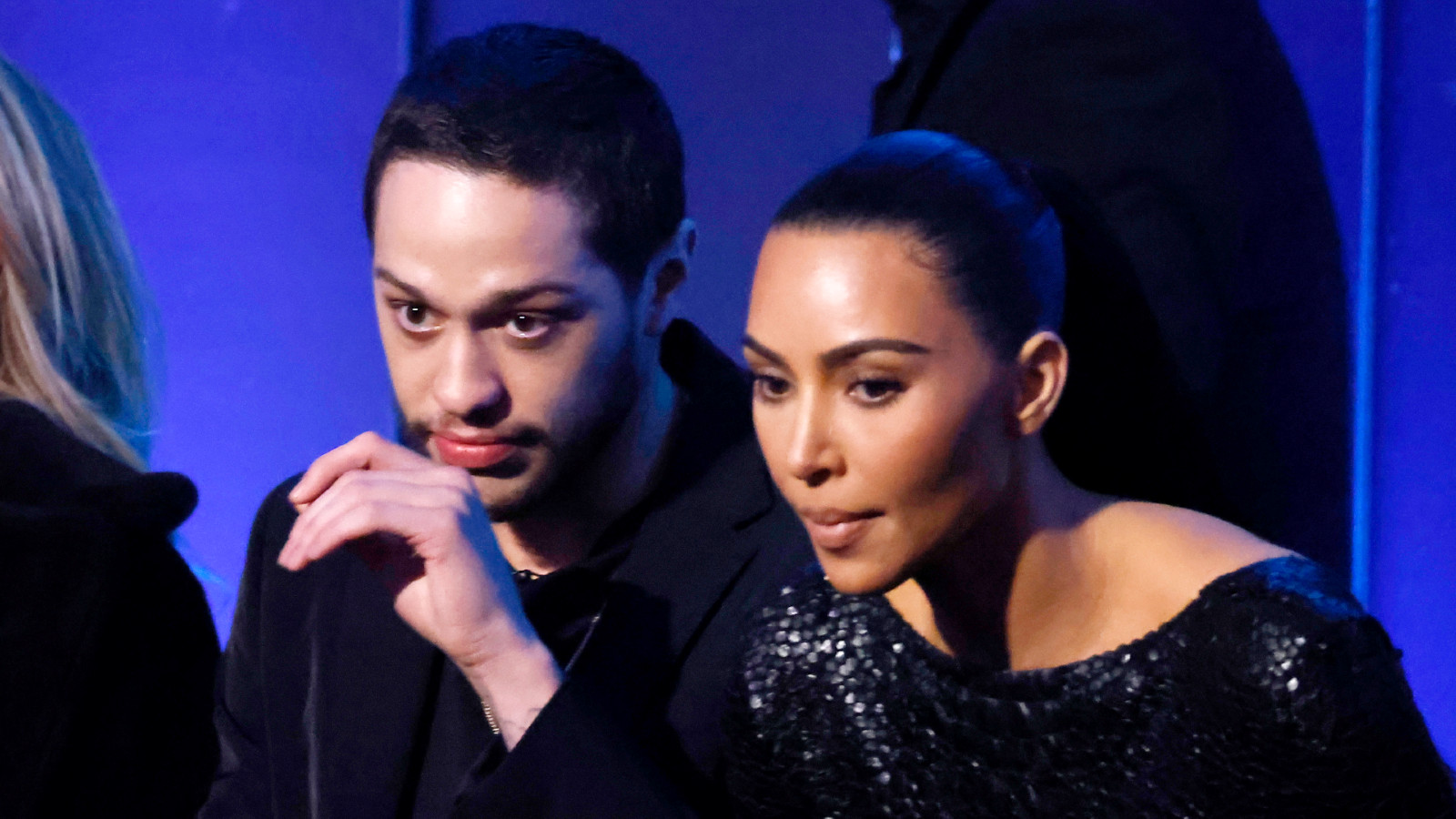 Jury deliberations have now begun on the Blac Chyna defamation trial, which has certainly been no laughing matter. Or, at least, until Thursday apparently, when comedian Pete Davidson joined his girlfriend Kim Kardashian in support of her famous family for the final day of testimony.

The 33-year-old model is suing her ex-fiancé, Rob Kardashian, his mother Kris Jenner, and sisters Kylie Jenner, Kim, and Khloé Kardashian for $100 million in damages over a litany of alleged wrongdoings including assault and harassment. Chyna also claims that the Kardashians conspired to cancel the couple’s reality series, Rob & Chyna, which aired for one season in 2016 — although, it seems more likely that E! gave the reality series the ax amid the couple’s extremely messy public breakup.

At any rate, according to TMZ, Davidson “slipped into the back of the courtroom” on Thursday and sat in the back row while Kim and her family sat in the front. At one point, the SNL star reportedly broke out into giggles while a lawyer representing his girlfriend’s family recalled an incident that occurred during an argument that went down between the couple.

Pete let out a laugh and put his head down to keep the chuckles to himself when the Kardashians’ attorney said Chyna smashed a gingerbread house during an argument with Rob.

The lawyer’s line that elicited a giggle from Pete … “Why break a gingerbread house? It’s like the happiest thing.”

For the record, gingerbread houses are, like, the happiest things — but we have to admit that’s actually pretty funny, despite the unfortunate circumstances.

Rolling Stone reporter Nancy Dillon was also on the scene, reporting that Davidson embraced and kissed in the hallway of the courthouse, and left through a secure exit with the help of a sheriff’s escort.

Given all the moving parts of the case, which has seen hundreds of pages of legal paperwork filed from both parties since Chyna first sued the family in October of 2017, it seems unlikely that the jury will reach a speedy decision, and deliberations could extend well into next week or even possibly beyond.