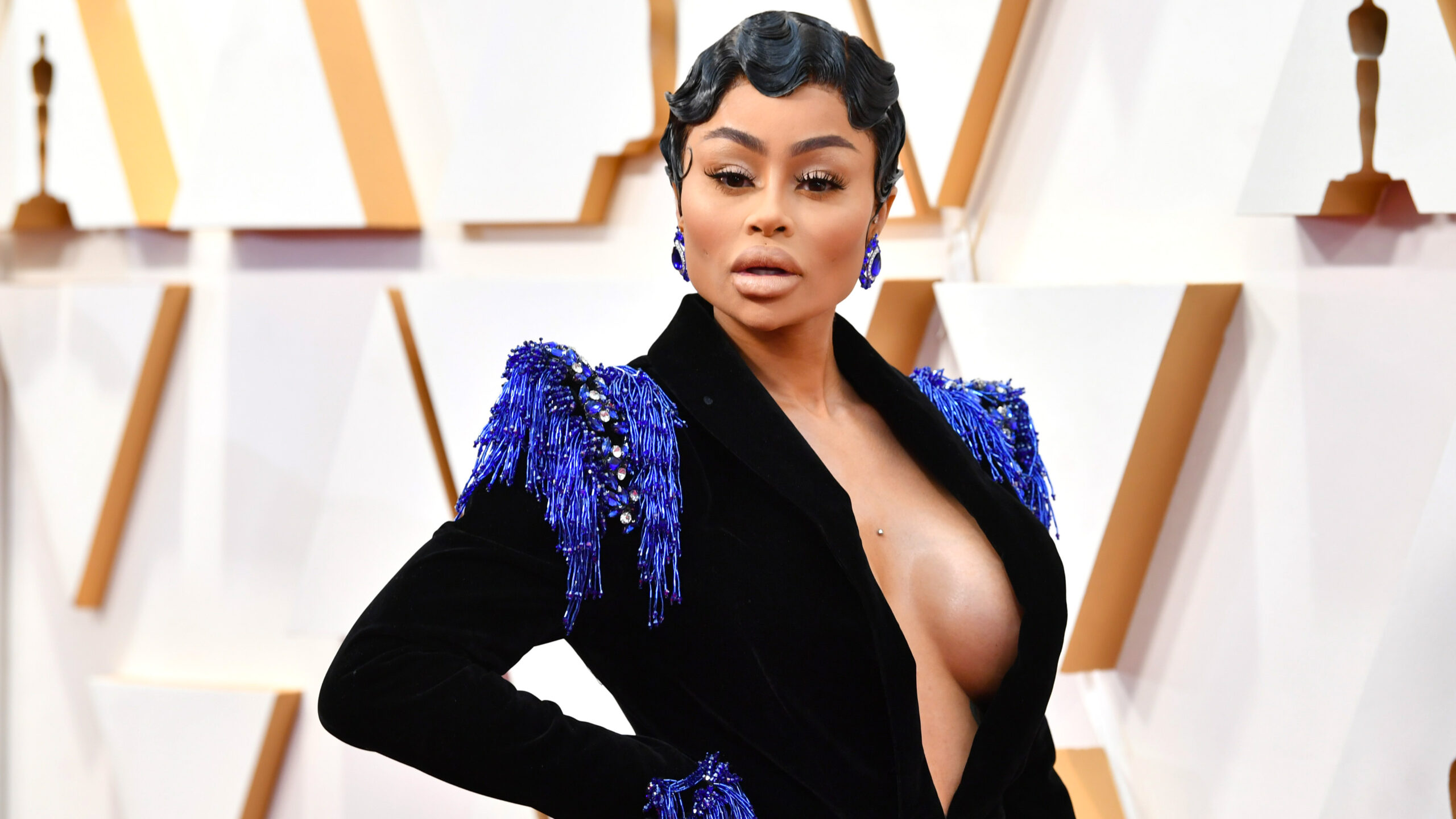 Back in 2017, Blac Chyna filed a lawsuit against the Kardashian family, and five years later the trial has finally gotten underway. For the next ten days, a Los Angeles jury of the model’s peers will hear testimony and allegations of career-tampering. The witness list is an all-hands-on-deck list of Kardashians, including Kim, Khloe, Rob, and Kris Jenner, as well as Kardashian-adjacent celebrity Ryan Seacrest.

In case you’re just catching up, here are all of the juicy details of a case that could just as easily find itself slotted into a season-long arc of Succession.

WHO IS BLAC CHYNA?

Blac Chyna, born Angela Renée White, is an exotic dancer-turned-model from Washington, D.C., who first gained attention as a stunt double for Nicki Minaj in the video for her collab with Kim Kardashian’s ex, Kanye West. In 2012, she had a son with rapper Tyga, who broke it off with her and began a relationship with Kylie Jenner in 2014.

In 2016, Chyna began a relationship with Rob Kardashian, with whom she got engaged after announcing she was pregnant with their daughter, Dream Renée Kardashian. The couple announced a split in 2017, and then got back together for the sake of their reality TV show (more on that in a minute). Kardashian then began posting sexually explicit photos of Chyna, at which point the model got a restraining order against him.

WHAT IS THE LAWSUIT ABOUT?

Blac Chyna had been a regular presence in the Kardashians’ sphere since Tyga began dating Kylie in 2014, publicly feuding with the Keeping Up With Kardashians star until she began dating her half-brother Rob.

In 2016, E! announced a reality series, Rob & Chyna, based on the buzz around their relationship and their proximity to the Kardashian family. The first season ran for six hour-long episodes and a special around the birth of their child, Dream.

When Kardashian and Blac announced their split, E! put the series, which had been renewed for a second season, on hold. Chyna and her lawyers allege that the Kardashian family, and Kris Jenner in particular, had conspired to have Rob & Chyna cancelled. So she is suing Kim and Khloe Kardashian and Kylie Jenner for defamation, and Rob Kardashian for assault, battery, and harassment. She is seeking $100 million in damages.

WHAT ARE ALL THE MESSY DETAILS?

According to E! online, in December 2016, according to Chyna’s lawyers, following an incident where Rob Kardashian claimed Blac Chyna took their infant daughter and wouldn’t allow him to see her, Kris Jenner sent a Rob & Chyna showrunner a text “allegedly calling Chyna ‘stupid,’ accusing her of ‘being drunk for three days,’ describing her as ‘really ghetto’ and suggesting that they should ‘ditch the bitch.’”

In addition to the texts, Kylie wrote an email alleging that Chyna was physically abusing Rob. Chyna’s lawyers are hoping to prove that these emails and texts constitute defamatory behavior. According to Cornell Law School’s Legal Information Institute,

“The term “defamation” means any action or other proceeding for defamation, libel, slander, or similar claim alleging that forms of speech are false, have caused damage to reputation or emotional distress, have presented any person in a false light, or have resulted in criticism, dishonor, or condemnation of any person.”

Meanwhile, according to the Kardashians’ lawyers, Chyna allegedly sent Rob Kardashian a series of abusive texts while E! executives were in the middle of trying to save the show.

Also, an incident occurred, allegedly, in a home that Kylie Jenner had given the couple as a gift, involving a messy public fight on social media, after which Rob Kardashian promised to “seek help.” It was claimed that extensive damage was done to the home, and lawyers for Blac Chyna have asserted that unaired footage from the second season of Rob & Chyna will vindicate her.

In October 2020, the Kardashian family filed to dismiss the lawsuit, but a judge denied the motion after reviewing unaired footage from Rob & Chyna season 2 submitted by the show’s production house Bunim/Murray.

Before the trial got underway, Chyna tweeted this:

“When they got my #1 hit show killed back in January 2017, that not only hurt me financially and emotionally, that hurt my beautiful KIDS. I’m taking them to court to stand up for my legal rights and to be an example to my kids that ‘what’s right is right, what’s wrong is wrong.’ And what they did was so wrong.”