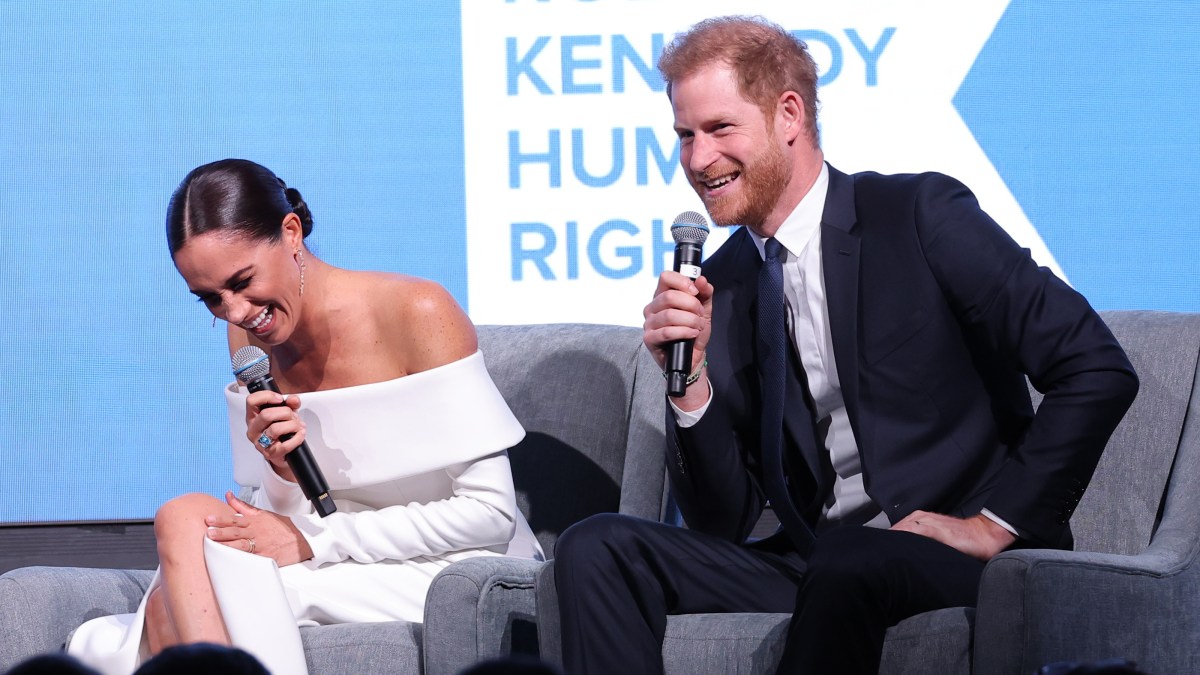 Prince Harry sat down with Good Morning America just ahead of the release of his tell-all memoir Spare on Jan. 10, the title of which is a reference to being the “spare heir” next to his older brother, Prince William.

But what could the 38-year-old former member of the British Royal Family possibly say that hasn’t already been covered in his forthcoming book — from which we’ve already gleaned countless juicy anecdotes — as well as he and his wife Meghan Markle’s 2021 televised interview with Oprah Winfrey, and the couple’s recent Netflix docuseries?

Well, to that point, the Duke of Sussex was asked by GMA cohost Michael Strahan near the end of their conversation why he’s essentially selling out his family “by taking private struggles and making money from them.”

“The only way that I can protect us, the only way I can correct those mistruths is by writing something — the truth, in one place,” Harry answered. “And I fully accept that writing a book is feeding the beast anyway.”

But if writing a book puts everything out on the table, Strahan followed up by asking Harry if there was a part of him that could see his family returning to the U.K. and becoming working Royals with the monarchy again.

“I don’t think it’s ever going to be possible,” Harry said, before essentially placing the blame on the British media. “Even if there was an agreement or an arrangement between me and my family, there is that third party that is going to do everything they can to make sure that that isn’t possible.”

“Not stopping us from necessarily going back, but making it unsurvivable, and that’s really sad because that is essentially breaking the relationship between us,” he continued. “If there was something in the future where we can continue to support the Commonwealth, then that’s of course on the table, but there’s so much that needs to happen between now and then, and so much that can happen.”

Well, from his words, it sounds like Prince Harry and the royal family are never ever ever getting back together. They’re our problem now, America.