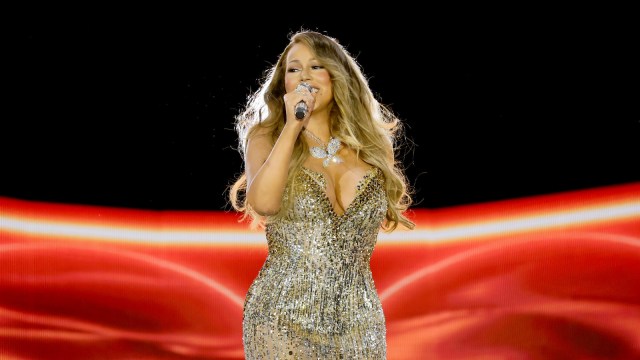 As the resident Christmas icon, Mariah Carey has taken over many notable names and faces associated with the holiday to become synonymous with the festivities. Just like clockwork, fans and bystanders have come to expect a holiday-themed concert from her, and the Queen did not disappoint, announcing a brand new special titled Mariah Carey: Merry Christmas To All! which will air on CBS this December.

According to Deadline, the concert, which is two hours long, will be filmed in New York City at Madison Square Garden, and the five-octave songbird will sing her festive singles, including the yearly chart-topper, “All I Want For Christmas Is You”.

Carey’s foray into music associated with Christmas came in 1994 when she released Merry Christmas, her fourth studio album and the first of many holiday-themed albums in her illustrious catalog. It has since become one of the best-selling holiday albums of all time. In 2010, she released the sequel, Merry Christmas II You, and has released the soundtrack albums All I Want for Christmas Is You, and Mariah Carey’s Magical Christmas Special, the latter of which earned rave reviews and featured popular musical acts, Snoop Dogg, Ariana Grande, and Jennifer Hudson.

Clearly at home basking in the season, the musical icon is also set to perform live in Toronto and New York on Dec. 11 and 13 respectively, further cementing her as a staple of the holidays.

Mariah Carey: Merry Christmas To All! will premiere on CBS on Dec. 20, and will be available for streaming on Paramount Plus.