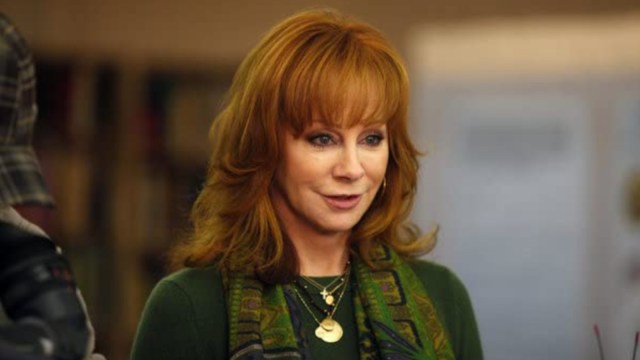 Brunson shared the worlds-colliding photo of her meeting Reba McEntire on the set of Good Morning America, and they’re both all smiles. She wrote, “We love our kids and never stop,” a line referencing the intro to McEntire’s self-titled sitcom Reba, and it also fits Brunson’s role as a cheerful teacher, Janine Teagues, in ABC’s comedy hit Abbott Elementary.

Reba will be in the new season of ABC’s Big Sky, a crime drama set in Helena, Montana, about private detectives who search for kidnapped victims and solve other serious crimes. She will play Sunny Brick who’s not the nice “single mom who worked too hard” that people have come to expect from her.

Sunny will be the antagonist and she has a dark journey ahead, but she’s also a caring and protective woman so maybe she’s not all bad. Viewers will have to wait and see if her character will be singing any songs, but during the Country Music Awards, it was revealed that some fun country music stars would be making cameos on the show.

Brunson is fresh off the heels of her Emmy win (which was interrupted by an unfunny gag by Jimmy Kimmel). She won big at the ceremony, taking home Outstanding Writing For A Comedy Series, and her co-star (and legend) Sheryl Lee Ralph brought home the Outstanding Supporting Actress award. At the Emmys, the latter performed “Endangered Species,” by Dianne Reeves to rousing applause and a standing ovation making for one of the night’s most memorable moments.

In season two of the comedy series, Tony Award-winning Hamilton actor Lesley Odom Jr. is due to star. His role hasn’t been disclosed yet, but it’s believed he could be challenging Tyler James Williams’ Gregory Eddie for the heart of Janine.

Both Abbott Elementary season two and Big Sky premieres on ABC on Sep. 21.