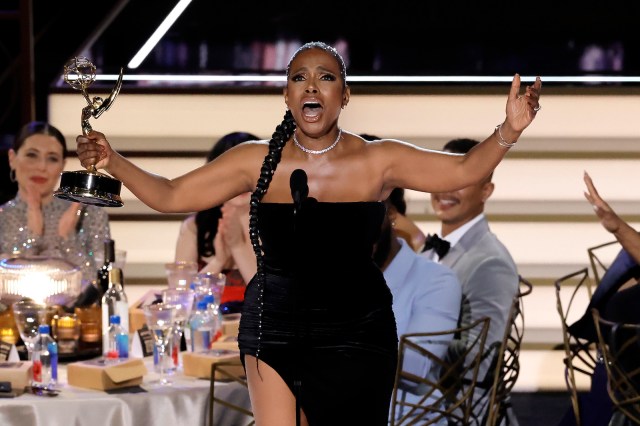 Sheryl Lee Ralph’s Emmy Awards acceptance speech will go down as one of the most memorable in the award show’s history. The 65-year-old actress won the Emmy for Outstanding Supporting Actress in a Comedy Series for her work as Barbara Howard in Abbott Elementary, making her just the second black woman in history to win the award and the first since Jackée Harry, who won the award in 1987 and 1988 for her work on 227.

If fans didn’t know that Ralph got her start on Broadway, they certainly found out when she got on the podium and showed off her chops by singing her speech.

“I am an endangered species, but I sing no victim song. I am a woman, I am an artist and I know where my voice belongs,” she sang.

She continued the rest of her acceptance speech in spoken word.

The internet absolutely loved it.

Ralph started her career on the stage, and she was nominated for a Tony Award for Best Actress in a Musical in 1982 for originating the role of Deena in Dreamgirls. She also appeared as Muzzy Van Hossmere in Thoroughly Modern Millie (2002) and Madame Morrible in Wicked (2016-17). She released an album, “In the Evening” in 1984.