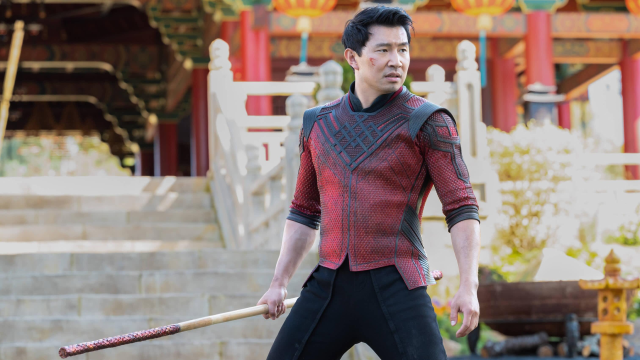 Simu Liu will have us all asking “where did your shirt go” as he is set to take part in Rihanna’s Savage X Fenty Show. The actor was listed in the lineup for the show which was posted on Twitter recently and he seems to be more than up for it. This will be Savage X Fenty’s fourth runway show and it will air in 14 days on Amazon Prime.

The show is a television special that showcases the latest line of goods from the fashion label that markets itself as inclusive and diverse. Savage X Fenty was started by the artist in 2018 with the first show un-televised, and the second and third, titled Vol. 2 and Vol. 3, later televised and aired on Amazon Prime. The shows have won multiple awards including numerous Webby Awards and a Primetime Emmy Award.

This year’s show will feature a mix of models, actors, and artists with the likes of Cara Delevingne, Winston Duke, Lilly Singh, and Irina Shayk joining Liu for the event.

A few fans did find it odd however that in his tweet, Liu said “next stop, Victoria’s Secret,” which could be considered as the competition of Savage X Fenty. Not only that, but the famed Victoria’s Secret Runway event has been canceled due to dwindling television ratings and criticism that the models are not diverse enough, an issue that Savage X Fenty’s show does not have.

Fans are more than excited to see the actor strut his stuff, having already had a fair peek at him in Shang Chi and the Legend of the Ten Rings. The actor is also known for his dance moves so maybe we will get something interesting going on in that respect, just in a teeny tiny thong? Who knows.