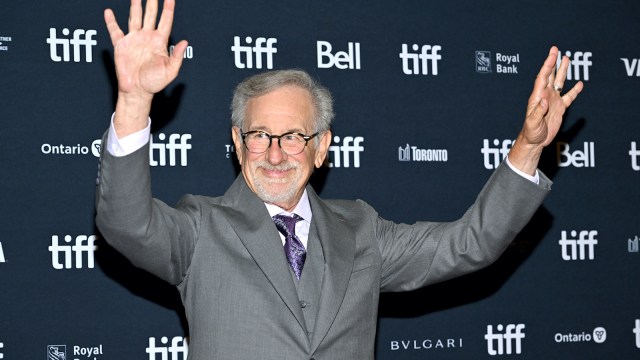 Don’t ask Steven Spielberg for his opinion on the rise in popularity of streaming platforms. The world-renowned director is of the mind that the COVID-19 pandemic was the perfectly sized bus streaming platforms like HBO Max needed to bulldoze over his hardworking filmmaker friends in order to make a buck.

Ahead of his movie The Fabelmans, Spielberg sat down with The New York Times to discuss the new film and how at a very young age he developed a deeply personal relationship with cinema by watching movies in theaters and becoming overwhelmed by their magic. It’s that deeply personal relationship he worries moviegoers of this generation are missing out on in the age of streaming everything from a phone or from living room TV.

“The pandemic created an opportunity for streaming platforms to raise their subscriptions to record-breaking levels and also throw some of my best filmmaker friends under the bus as their movies were unceremoniously not given theatrical releases. They were paid off and the films were suddenly relegated to, in this case, HBO Max. The case I’m talking about. And then everything started to change.”

Of course, Spielberg’s beef with streaming platforms isn’t unmerited. In 2021, Warner Bros. came under fire for choosing to release all of its scheduled 2021 films simultaneously in theaters and on HBO Max. During the thick of the pandemic, theaters understandably had to close their doors to stop the spread of the COVID-19 pandemic, and although Spielberg doesn’t elaborate, it’s clear he’s not referring to that safety measure, but instead Warner Bros.’ desire to raise their subscription numbers with simultaneous releases on streaming and in theaters.

Intertwined with his criticism, however, is the unwavering hope that Hollywood can continue to combat streaming platforms by telling good stories. Spielberg praised Baz Luhrmann’s Elvis, which hit $100 million at the domestic box office, but failed to mention any of the other superhero movies that continue to dominate Hollywood, or Tom Cruise’s Top Gun: Maverick which brought in a staggering $1.4 billion worldwide.

Likely of the same mind as James Cameron, Spielberg is clearly on the market for more elevated films to knock the socks off of moviegoers. Perhaps Darren Aronofsky’s The Whale will be the movie to do it. It has received unprecedented buzz thanks to Brendan Fraser’s return to the big screen and purported phenomenal performance.

Or perhaps it’ll be his own movie, The Fabelmans that’ll get audiences off their couch and into movie theater seats. He has his work cut out for him, as The Fabelmans premieres the same day as Black Panther: Wakanda Forever, which if it’s anything like its predecessor will hog the theaters for weeks to come. Whichever movie you choose to see, or both, you can do so on Nov. 11.