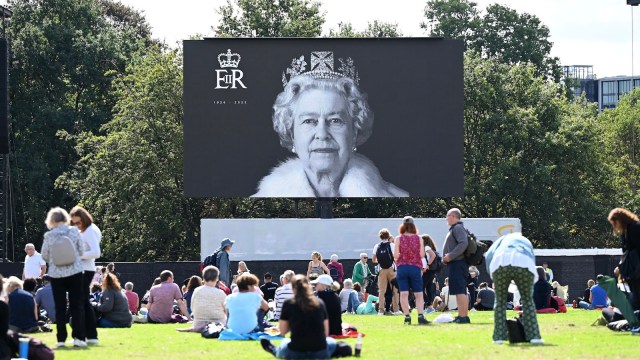 The death of Queen Elizabeth II already seems to be a likely touchstone moment for anyone currently alive, and will absolutely go down in history as one of the milestones of the twenty-first century. As the UK heads into a period of national mourning, many of the country’s steadfast institutions have all but shut down, with cultural mainstays postponing or canceling outright events that would have continued in the face of nearly any other tragedy.

Even the UK’s unassailable entertainment mainstay, football, has postponed its matches. But some cancellations have seemed to slip from the sublime to the ridiculous, with decisions by the government’s National Health Service to cancel some upcoming longstanding appointments and non-emergency procedures leading outside observers to wonder if the nation hasn’t lost grasp of the narrative.

While plans for a respectful period of bereavement in the UK seem to have stopped just short of shutting down the entire country entirely, several closures, cancellations, and demonstrations of condolences are truly running the gamut between baffling to downright eye-rolling — if perhaps only to an outsider’s perspective. Here are but a few.

“Keep Calm and Don’t Lock Up Your Bicycle”

Apparently, nothing thumbs its nose as officiously at the monarchy as a secured bicycle during a time of national bereavement. The City of Norwich has banned residents and visitors from using its municipal metal bike racks presumably to ensure that no one will unintentionally insult the former monarch with unsightly chains or locks. Perhaps to avoid comparison to Marley’s ghost?

Brighton’s Regency Town House stopped its clocks at the time of Queen’s death.

While it’s not turning time back to the Victorian age, The Brighton Regency Town House has stopped all the clocks in the Georgian estate and heritage center at the exact time of death of Elizabeth.

“The shutters are closed, the windows draped. Clocks are stopped at the time of death; volunteers will wear armbands & servants will put black bows in their mob caps. The Regency Town House’s Regency mourning for the Queen’s funeral has begun,” the staff announced through their official Twitter channel.

Apparently, collecting the trash during the national emergency would have made the Queen say “Rubbish.”

Several city councils in the UK have come under scrutiny for canceling or postponing garbage collection on the day of the funeral. So be sure to keep the rubbish bin out of sight, overflowing or not.

“Keep that beeping down, loyal subject!”

Whilst it certainly wouldn’t be respectful to blast The Sex Pistols out your car window at ear-shattering decibels, there is such a thing as taking a respectful silence too far. One customer at Morrisons, a UK grocery chain, was mystified why his items weren’t ringing up when he was told the indicator noises had been turned off in a dubious “sign of respect.” One wonder’s how many times Elizabeth used the self-check line.

For the next few days at least, black is the new and old black.

London fashion week is scheduled to take place between Sept. 16-20, but several designers, including Burberry, Claudie Pierlot, and Raf Simons, have canceled or postponed events, and all “non-essential” events have been canceled indefinitely. The British Fashion Council (which is apparently a thing!) recommended shows on the day of the funeral be rescheduled. The council has asked all designers involved to “respect the mood of the nation and period of national mourning,” according to The Guardian.

The UK’s postal and rail unions, The Communication Workers Union (CWU), and the Rail, Maritime, and Transport (RMT) union have called off strikes in the wake of the Queen’s death. Just one-half hour past the official announcement, the RMT tweeted the following on their official channel: “RIP Queen Elizabeth II. RMT joins the whole nation in paying its respects to Queen Elizabeth. The planned railway strike action on 15 and 17 September is suspended. We express our deepest condolences to her family, friends, and the country,” according to the World Socialist Web Site. Responses from angered workers soon followed.

Per the WSWS, “What, or who, does this serve? Was the queen known for being a longstanding supporter of transport workers? Why screw over your members on her account?” wrote one user.

“I’m an RMT member who is absolutely livid about this. It will remove all the momentum and activity we have built up.” said another

“You don’t have to go home, but you can’t holiday here. Out of respect.”

In what many Britons consider to be the most outrageous move of them all, holiday village company Center Parc initially announced that not only will they be closing their facilities on the day of the royal funeral, but any guest in their villages on that day must go home or arrange for accommodations elsewhere. Then they would re-open the following day.

“Wait, I thought this was a joke??” one Twitter user responded. “They’re making people leave holiday, wait 24 hours, then come back on holiday? Just go away for a whole day? Just get out and go??”

Following the public outcry (who knew people would get upset over their vacationing relatives?), the company has backtracked, stating, “reviewed our position regarding the very small number of guests who are not due to depart on Monday, and we will be allowing them to stay on our villages rather than having to leave and return on Tuesday,” according to The Guardian.