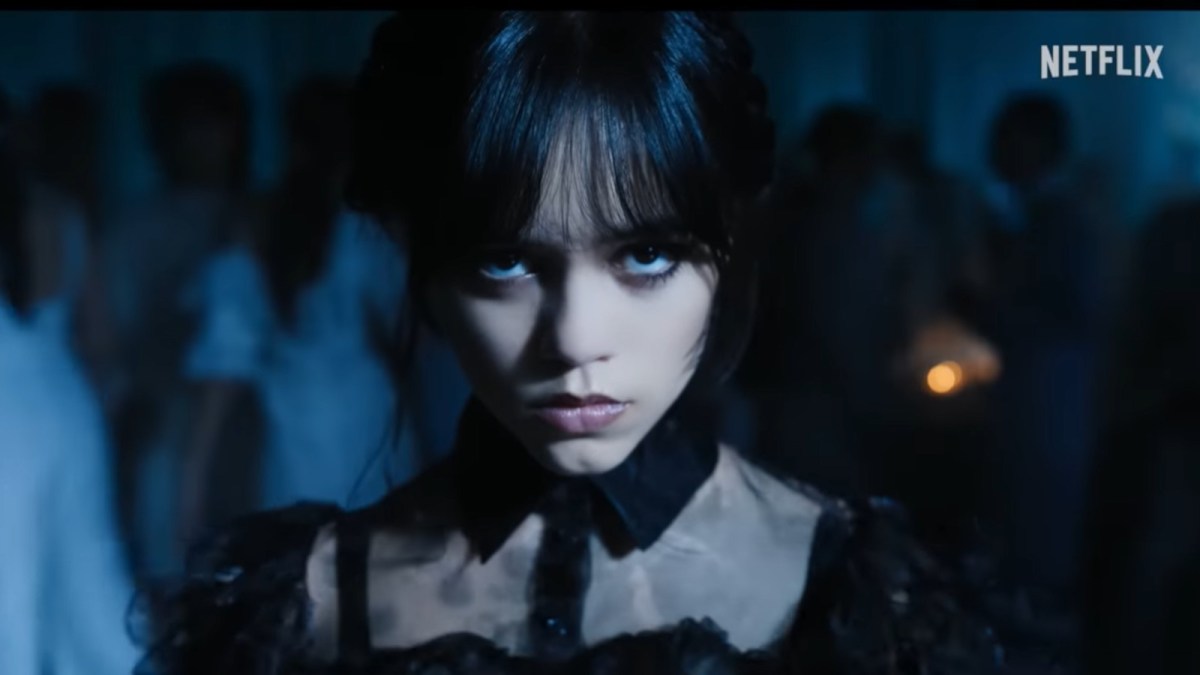 Since Wednesday came out on Netflix in November, the “Wednesday Dance” has driven fans wild from celebrities posting their own versions on TikTok to fans dressing up as Jenna Ortega for their own fashion passion. Now, there is a new video out that meshes Dragon Ball sound effects with the dance and it adds humor but doesn’t enhance the dance as one might think.

When Jenna Ortega gets on the dance floor, she has a look like she could kill her date, Tyler. However, when she begins to move, it’s creepy in a hypnotic way and it’s so distinguished that the dance floor opens up to her as fellow students look on with different expressions. Tim Burton might have understood at the time that this was going to become a viral sensation because he knows all about how to make that happen.

The Dragon Ball sound effects are so animated, the dance becomes something out of an old 80s cartoon. Fans are having a blast with it because it just goes to prove that the dance is iconic and there is no end to how it can be expressed.

The way Wednesday moves, it’s as if she is fighting to survive in a Dragon Ball fight. So, the sound effects are right on time, and that ending is hilarious come to think about it.

If you watch it again, you’ll pick up on the distant part where the sound effects are muted a bit. It’s things like muted sound effects that make the whole video worth watching several times.

Dragon Ball has its own iconic sounds as well as scenes. The instant transmission sound accompanies teleporting, which is classic for the final shot when Wednesday disappears and then suddenly reappears.

One fan was so excited, they typed their reply in hyper mode but the meaning is there. No one knew they needed to see anything like this and now a void has been filled that fans didn’t know they had.

Most Wednesday memes can be so repetitive and are simply there to exist. This one touches a funny bone, which changes Wednesday’s demeanor without altering it in any way.

Dragon Ball sound effects can be used for so many things. Imagine a video of a puppy or a kid crying, someone falling off a skateboard, or a drunk slap contest. It can go anywhere and change the way you see that video forever.

The Wednesday Dance will live on for generations to come. Years from now, moms and dads will get out on the dance floor and embarrass their kids with it until they learn what it is. Hopefully, they’ll still be able to stream Wednesday on Netflix and find out.