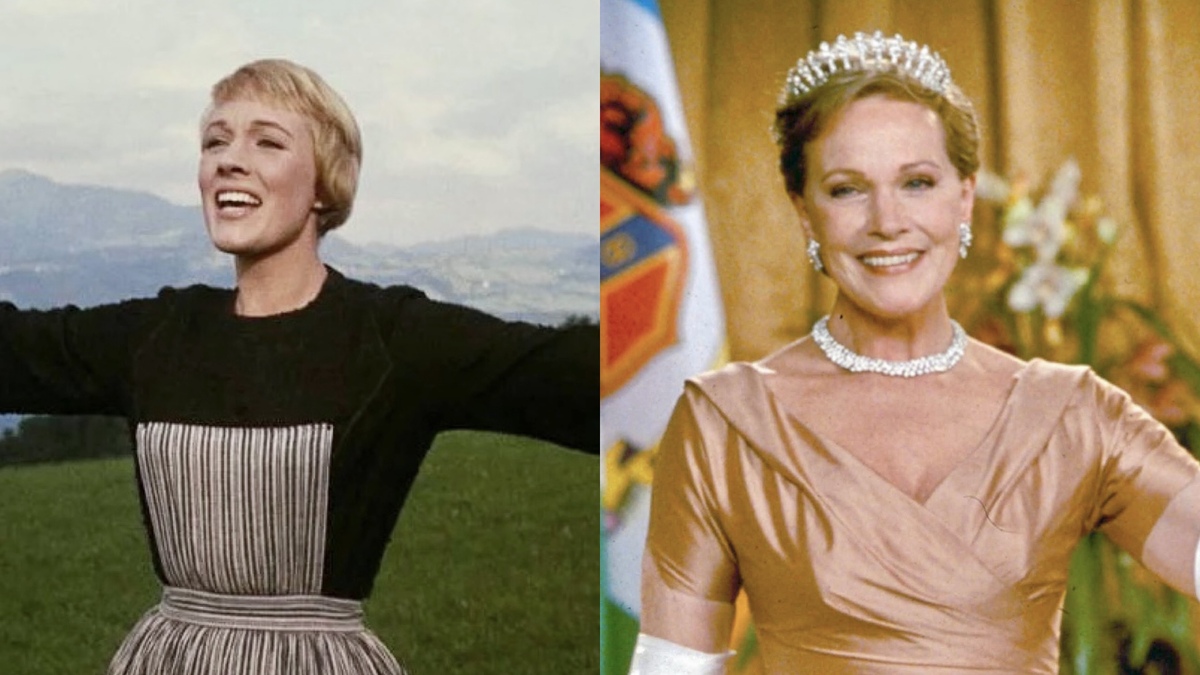 The epitome of grace and poise on and off screen, the phenomenal Dame Julie Andrews is set in stone as one of the finest performances the world has ever seen. Beginning her stunning career on the stage, the icon’s filmography is filled with fabulously hilarious musicals, romantic comedies, and two of the most successful animated film franchises of all time.

Revered for her enviable filmography, and boasting some of the most adored works in cinematic history, Andrews has accumulated a wealth of respect and affection from her contemporaries, as well as actors who have come after her, and the general public at large.

Here is a ranking of her 10 best film works, from the least to the very best.

Starring alongside Egyptian icon Omar Sharif, Andrews stars as Judith Farrow, a civil servant on holiday in the Caribbean where she falls deeply in love with a Russian agent who tries to sway her over to his ideals. Upon returning home, she is instructed to stay away from him, but the seed of love has already been planted. In a classic “forbidden love” story, Andrews and Sharif deliver great, believable performances.

Still basking in the successes of Mary Poppins and The Sound of Music, Andrews took on the lead role in this 1968 biographical musical about the life of West End and Broadway legend Gertrude Lawrence. Perhaps a case of expecting a similar formula to her previous musicals, and being an entirely different endeavor altogether, Star! underperformed at the box office, with Andrews garnering mixed reviews for her portrayal. Regardless, the actress managed to snag a Best Actress nod at the Golden Globes.

With a career as lauded as Andrews’, whose catalog involves two of the most popular films in cinematic history, it’s easy to forget her hilarious voice-over work in animated projects. With an ingenious screenplay and standout vocal performances from the likes of Steve Carrell, Kristen Wiig, Miranda Cosgrove, Russell Brand, and more, Andrews lends her voice to the acclaimed animation, Despicable Me as Marlene, Gru’s grumpy mother.

Directed by her late husband, the brilliant Blake Edwards, S.O.B. is perhaps the most controversial film of Andrews’ illustrious career, polarizing critics at the time of its initial release. A glorious black comedy with a sharp, witty screenplay, the film follows a disgruntled movie producer whose musical flops, thus leading him to try and end his life four times.

In what is considered her career revival after a drought in the late 80s and 90s, many were stunned that the pairing of Andrews and Anne Hathaway in this 2001 comedy would result in a commercial triumph. The Princess Diaries, for both actresses, is one of their most recognizable works and has maintained a dedicated following of fans who are still hopeful for a third installment two decades later.

Andrews stars as Queen Clarissa Renaldi of Genovia, who must whip her estranged granddaughter into royal shape if she is to accept her title as the new monarch.

5. The Americanization of Emily

Andrews has previously declared this romantic war comedy as her personal favorite in which she has acted, and it’s easy to see why. The actress delivers a fine performance as Emily Barham, a widowed motor pool driver who begins a relationship with Lieutenant Charlie Madison just weeks before the D-Day in 1944.

One of the most successful and delightful films of 1967, Andrews stars as something of a husband hunter in Thoroughly Modern Millie, a romantic-comedy set in the roaring 20s. A critical success, the film follows the misadventures of the titular flapper, who is determined to win the heart of her very wealthy boss and settle into a life of comfort and luxury.

Perhaps the most critically acclaimed film of her career, Victor/Victoria is a hilarious, gender-bending musical comedy about a struggling British singer named Victoria, who, while disguised as a man, performs as a female impersonator in 1930’s Paris. With the help of her fellow, down-on-his-luck friend and performer, Toddy, the pair work their way to becoming a successful nightclub act, but Victoria’s personal life struggles in the face of her newfound fame.

When you can snag a Best Actress award at the Oscars for your first-ever feature film, then you’ve essentially made an outstanding mark. Enter Andrews, who picked up the statuette, among others, for her debut film role in this Disney live-action classic, heralded as one of the greatest musicals of all time. A stunning masterpiece that won universal acclaim, Mary Poppins is still as highly regarded today as it was when it was released in 1964… maybe even more.

Starring as the titular nanny with enough optimism and charm to brighten anyone’s day, Andrews cemented her name in the books of legends right at the start of her film career, and with songs like “Supercalifragilisticexpialidocious” in its brilliant soundtrack, Mary Poppins is a breathtaking, cinematic titan.

1. The Sound Of Music

Between the penultimate Mary Poppins and The Sound of Music, viewers can go either way in their consideration of which Andrews-led classic is the best. Just one year after winning hearts around the world in the Disney film, the actress starred in this heartwarming and uplifting musical about a postulant who is sent to care for the seven children of a widowed naval officer in Austria.

With her unique and eccentric charm, she rekindles the love of music in the family and offers a warm touch in the face of the loss of the children’s mother. Widely regarded as one of the best musicals of all time, The Sound of Music is an indelible part of cinema as we know it, and Andrews soars alongside her wonderful cast members.