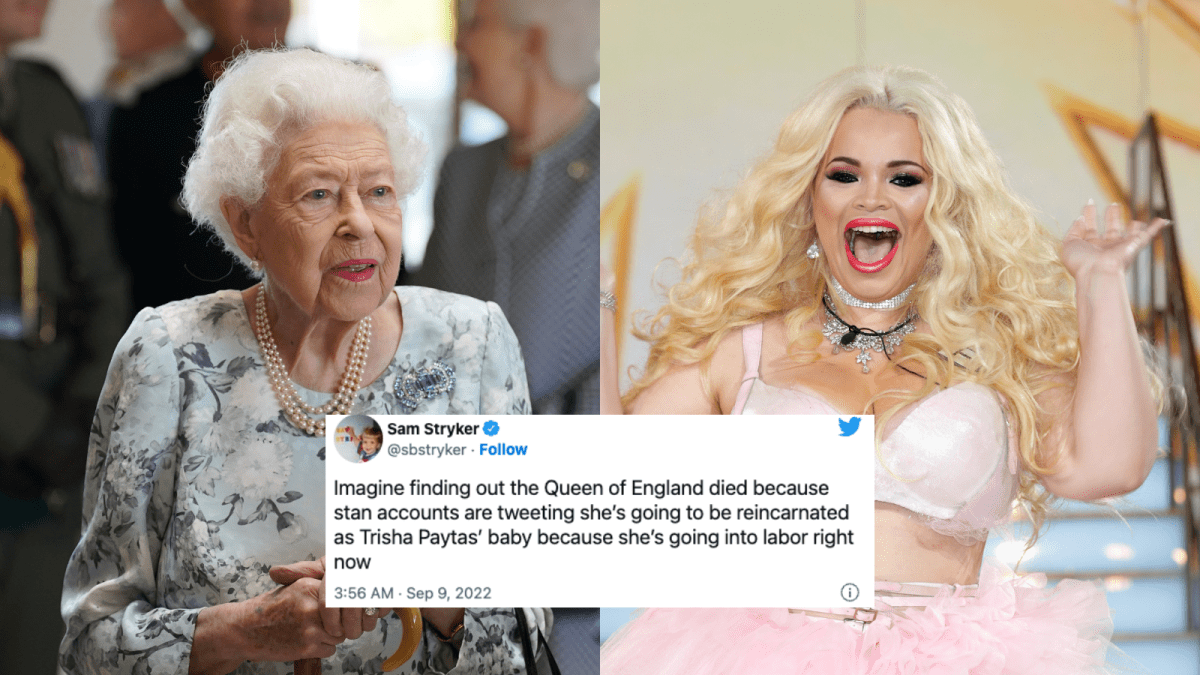 As news of Queen Elizabeth II‘s death spreads around the world, condolences and tributes poured in from everywhere. That’s to be expected. What wasn’t expected was the weird conspiracy theories and supernatural predictions, but hey, everyone deals with grief in their own way.

The weirdest joke going around was that the Queen was desperately clinging to life in the hopes that she wouldn’t immediately be reincarnated as the baby of Trisha Paytas. Confused? You’re not alone. For those unfamiliar, Paytas is an American social media star and singer with more than 5 million subscribers and over 1 billion views.

A bunch of users on Twitter highlighted that Paytas went into labor with their child and that the singer would somehow rope the news of the Queen into it, in a really weird way.

People, because they exist, jumped on this and flew away with it. One person said the Queen’s soul was currently traveling to Paytas’ baby right now.

Others, like user Julian, said the Queen was trying not to die so this very thing wouldn’t happen.

Paytas married Moses Hacmon in 2021 and announced they were having a child on Valentine’s Day. They regularly provided updates on their condition and revealed that getting pregnant was a difficult journey due to some health problems. The whole pregnancy story was shared with the world on YouTube and then on Wednesday, they announced the baby was coming soon when they tweeted: “1 cm dilated! Woo hoo!”

“Imagine finding out the Queen of England died because stan accounts are tweeting she’s going to be reincarnated as Trisha Paytas’ baby because she’s going into labor right now.

What a weird world.